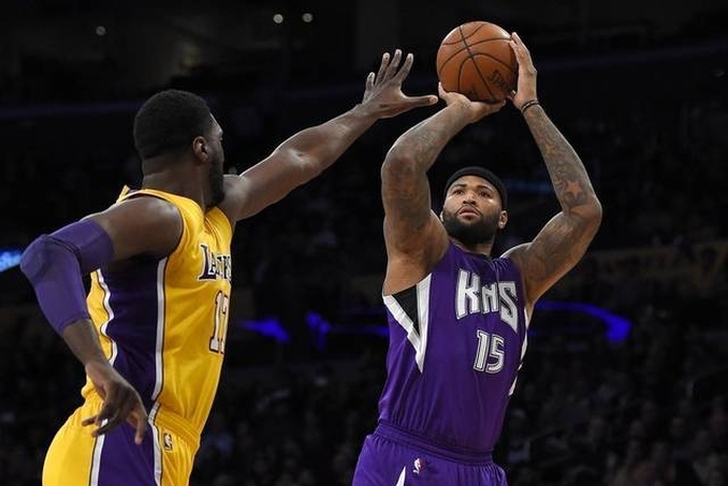 The NBA free agency frenzy has died down, but there are still a few quality players available on the open market. Trade rumors have also started to swirl, although the NBA offseason in general is starting to reach a quieter point. Here are the latest NBA rumors and news you need to know.

Bulls targeting Jahlil Okafor?
The 76ers have been openly shopping Jahlil Okafor all offseason without success, but another team has emerged as a potential suitor, according to Fansided's Bret Stuter - the Chicago Bulls:

But the Chicago Bulls have resurfaced as suitors for Jahlil Okafor once more.  First it was a July 19, 2016 article by Arvin Matthew in MorningNewsUSA which cited that the Chicago Bulls were ready to part ways with both small forward Doug McDermott and rookie shooting guard Denzel Valentine in an effort to secure Jahlil Okafor from the Philadelphia 76ers. That story appears to be simply a bump of a “thinking out loud” article from The Ringer’s Jonathon Tjarks, who listed a series of five destinations for Jahlil Okafor on July 15.

The only speed-bump in the road to moving Jahlil Okafor has been the paltry offers the 76ers have gotten in return.

But this scenario of Valentine and McDermott seem to offer some fair value for the young Chicago-native center.  And it’s the persistence of this talk, with nobody shooting it down, which suggests that this is a live discussion on the down-low to avoid complications with players if it doesn’t pan out.

The Celtics have been rumored to be very interested in Okafor, but did not want to meet Philadelphia's asking price.

Okafor averaged 17.5 points and 7.0 rebounds per game as a rookie last season.

Cousins wants to join the Lakers?
DeMarcus Cousins has expressed his displeasure with the Sacramento Kings several times over the past few years, and though the Kings have denied trade rumors throughout the past two seasons, there's a growing sense that Cousins' time in Sacramento is coming to an end soon. According to Hannah Kulik of Lakers Nation, the Lakers are expected to pursue Cousins:

What the Kings plan on doing with four centers is anyone’s guess, but logic suggests they have plans to move one or two of them. Could Cousins be first to go, especially if the Kings could secure good young talent to fit around the remaining centers?

One team with good young talent is the Lakers.

Adding to the speculation is the fact that the team has not yet officially signed three players in Brandon Ingram, Tarik Black, and Marcelo Huertas. There has been no explanation from the team, which is fueling speculation that the Lakers are trying to leave cap space to make a major deal.

The big question, of course, is whether the Lakers are willing to part with at least two top players to make the trade happen. The Kings could ask for Russell and Ingram, which the Lakers would likely refuse. However, if they would settle for Randle and either Russell or Ingram, would the Lakers bite? The answer is, maybe.

The Lakers’ brass also knows that Cousins has two more years on his contract at a relatively affordable salary equivalent to what the team will be paying Timofey Mozgov per season, which means it is a bargain for someone with Cousins’ talent. They may feel if they can sign Cousins now, it significantly increases their chances of getting point guard Russell Westbrook after next season when he will be an unrestricted free agent. With Cousins and Westbrook, the Lakers would be back in business.

The Lakers reportedly had an "unnamed trade target" in mind last week, and it's starting to become clear that Cousins is that guy. The All-Star center averaged 26.9 points and 11.5 rebounds per game last season.

McCollum signs extension
The Portland Trail Blazers have signed shooting guard C.J. McCollum to a four-year extension, according to The Vertical's Adrian Wojnarowski:

Bosh, Heat having issues?
The Miami Heat have yet to commit to Chris Bosh returning to the team as he once again recovers from blood clots. That has led to some tension between Bosh's camp and the Heat, reports the Miami Herald.

Some in the Bosh camp remain angry and suspicious of the Heat’s intentions, wondering if Miami was motivated by clearing cap space. A Heat source insists this is not the case, that Miami wants him to play if doctors are comfortable with it.

Bosh is hoping to get off blood thinners this summer and be cleared by the Heat when he does. If he's not cleared, there could be issues between Bosh and the Heat.

An NBA-employed friend says Bosh very much wants to play and believes he should be cleared. If the Heat fights him on this, it wouldn’t be surprising if Bosh takes this issue to the players union, unless Bosh again relents as he did during last year’s playoffs. Pat Riley said the Heat won’t make a decision on Bosh’s status until August or September.

This isn't the first time there have been rumblings of a dispute between Bosh and his team. It could come to a head later this summer if Bosh isn't cleared. The main issue remains Bosh potentially having to play while on medication.