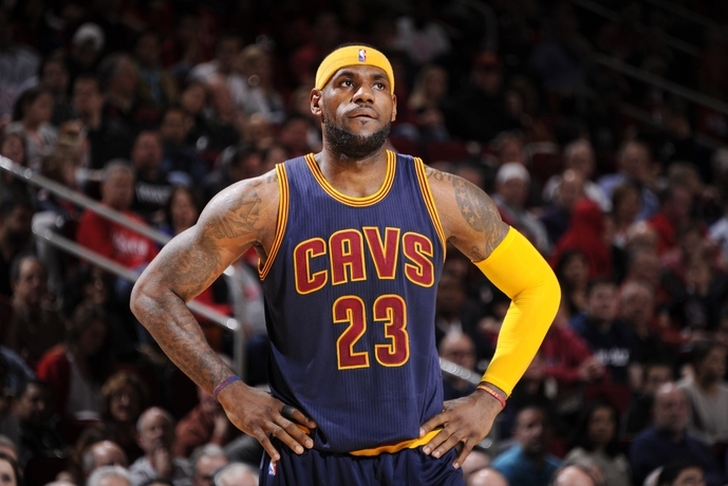 The NBA Finals are over, the Cleveland Cavaliers are champions and the focus is now on the offseason. The rapidly approaching NBA Draft is Thursday and that's the priority for teams around the Association. However, the league is also preparing for when free agency begins on July 1. Here are all the latest NBA rumors and news you need to know from around the league:

Bucks Trying To Trade Greg Monroe?
The Milwaukee Bucks landed Monroe as a free agent last year, but are already trying to trade him away.

Monroe is just 26 years old and put up 15.3 and 8.8 rebounds. While those numbers were slightly down from his previous few seasons, his offensive game wasn't the issue. He struggled on defense and wasn't the rim protector the Bucks needed next to Jabari Parker. It's unclear what the Bucks want in a trade for Monroe.

Jeff Teague On The Block?
With Dennis Schroder the likely point guard of the future, it wouldn't be a surprise to see Jeff Teague traded. And that's exactly what the Atlanta Journal Constitution reports could happen on draft night.

"There is also the looming likelihood that the Hawks will trade one of their point guards, which means Jeff Teague could also be moved on draft night," Chris Vivlamore of the AJC writes. "The Hawks could package Teague, their first-round pick and future second-rounders to move up for a player who figures to be gone by No. 21."

Teague has already been linked to a trade to the 76ers and is in the final year of the his deal, which pays him $8 million. Vivlamore expects the Hawks to be players on draft night, even if they don't end up moving Teague.

Hornets, Spurs Trying To Move Up?
The Hawks aren't the only team trying to move up in the NBA Draft.

Hearing the Spurs are actively trying to move up in draft.

Also hearing the Hornets are trying to move up https://t.co/X3arpz1Gli

The Spurs have the No. 29 pick and the Hornets have the No. 22 pick. It's unclear where the two teams are trying to move up (and who they're targeting), but the Utah Jazz could be a potential trade partner.

I've heard multiple teams have contacted the Jazz about their No. 12 pick. Wonder if the Spurs are one of them. https://t.co/qmxee2tdla

The Jazz nearly made the playoffs last season and might be willing to trade the No. 12 pick for another player who would help get them over the hump. With several teams looking to trade up, the 2016 NBA Draft could feature plenty of moves.

LeBron Leaving?
James and the Cavs haven't even been champions for 24 hours, and yet there's speculation that he could leave the Cavaliers this offseason.

In addition to the Lakers and Heat, the Clippers have also been mentioned already by Bill Simmons. After finally delivering on his promise to win a title for Cleveland, even Adrian Wojnarowski thinks James could up and leave again. Still, James leaving the city he loves, fresh off an NBA Championship and in a position to make several finals, seems like a long shot.