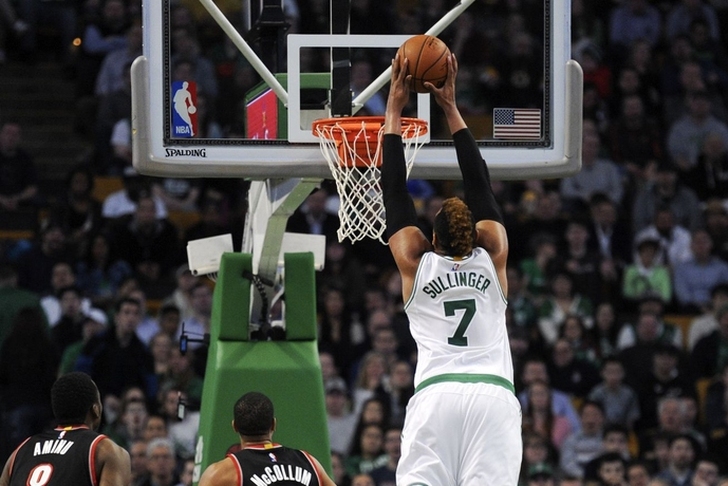 NBA free agency is already over a week old, and most of the big names agreed to deals with teams. However, there are still several quality players available and a few trade rumblings across the league. Here are the latest NBA rumors and news you need to know:

Celtics to let Sullinger walk
Boston big man Jared Sullinger was a restricted free agent, but in hopes of saving cap space for financial flexibility this season and in the future, the Boston Globe's Gary Washburn reports the Celtics have decided to renounce his rights:

Source confirms Jared Sullinger has been renounced and is unrestricted FA. Ends uneven tenure with #Celtics. 11.1 ppg. 7.7 rpg in 258 games

Blazers match offer sheet for Crabbe
Portland guard Allen Crabbe had signed a four-year, $75 million offer sheet with the Nets earlier this week, but the sharpshooter isn't going anywhere. According to The Vertical's Adrian Wojnarowski, the Blazers will match that offer to keep him on the team.

The message out of Portland ownership and management is clear: Blazers trying to win this year and beyond -- loading up on this roster.

Crabbe is expected to back up Damian Lillard and C.J. McCollum again next season in Portland. He averaged 10.3 points and 2.7 rebounds per game last season.

Heat to match Brooklyn's offer sheet for Tyler Johnson?
The Nets also signed Heat reserve guard Tyler Johnson to a four-year, $50 million offer sheet in hopes that the deal would be too expensive for Miami to match. However, according to ESPN's Marc Stein, the Heat plan to do just that:

Whispers getting louder leaguewide that Miami plans to match Tyler Johnson's offer sheet but the Heat CAN opt to drag the drama to 11:59 PM.