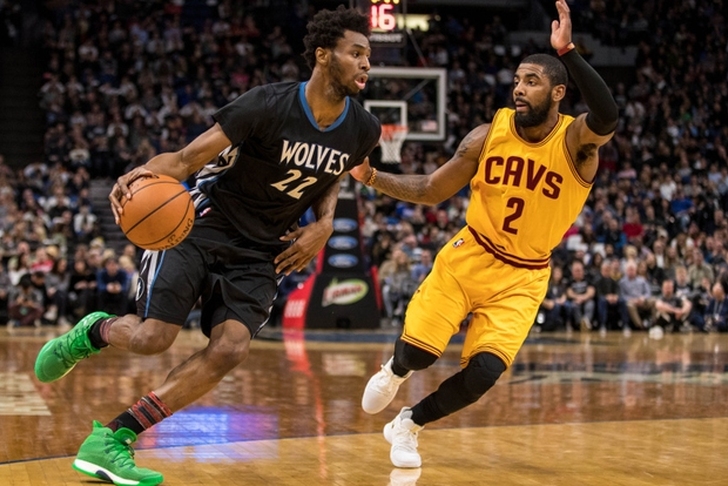 More information is coming out about the offers the Cleveland Cavaliers have received for Kyrie Irving, and that storyline continues to dominate headlines around the NBA. However, there are still many other happenings around the league, including the uncertain futures of stars like LeBron James and Carmelo Anthony. Here are all the latest NBA rumors you need to know.

Timberwolves haven't offered Andrew Wiggins in Kyrie Irving trade talks
The Minnesota Timberwolves were one of the four teams that Irving told the Cavs he would like to be traded to and they were reportedly exploring trades for him with "incredible seriousness." They have indeed made an offer for Irving, but that offer did not include Andrew Wiggins and no deal between the two teams is close, according to Darren Wolfson of 5 Eyewitness News and 1500ESPN .

Not Wiggins, and it'll take him and more.

Word is they want more than Aldrich to make the $$ work. They want something of substance in addition to Wiggins. No trade w/ MN is close.

Minnesota's package is expected to center around Jeff Teague, but since they signed him this offseason, they can not trade him until Dec. 15. Cleveland wants Wiggins included in any deal even though the Timberwolves are intent on keeping him.

Cleveland has set an asking price of a proven veterans, a promising young player and a first-round pick for Irving, and won't trade him unless those demands are met.

Matt Barnes links LeBron James to Lakers
It's reportedly the "worst kept secret" in the NBA that LeBron James plans to join the Los Angeles Lakers in 2018. James already owns a home in Los Angeles, which is where he trains in the offseason, and his kids have also been enrolled in school there.

Free agent Matt Barnes continued to fuel speculation yesterday during an appearance on The Herd with Colin Cowherd, saying he thinks James will end up joining the Lakers.

No better place. Yeah, no question. I think with him, he bought a big old house out in Brentwood. LA is the place to be. I heard he wants to be in management after and I think no better person in the game to help model and shape him than Magic Johnson.

Since taking over LA's front office, general manager Rob Pelinka and team president Magic Johnson have been planning to sign both James and Paul George to max deals in 2018.

NOW READ: NBA Teams That Made The Playoffs Last Year, But Will Miss Them This Year

Nets looking to trade for another big man
The Brooklyn Nets have made a number of trades this offseason, including deals in which they acquired D'Angelo Russell and DeMarre Carroll, and are preparing to make another one.

According to NetsDaily.com, Brooklyn wants to add another big man via trade:

Keep hearing Nets interested in trading for, not signing, a big. Opens field up a bit but makes guesswork harder.

The Nets currently have Trevor Booker and Timofey Mozgov projected to start at the four and five positions, respectively, with Quincy Acy and rookie Jarrett Allen coming off the bench.