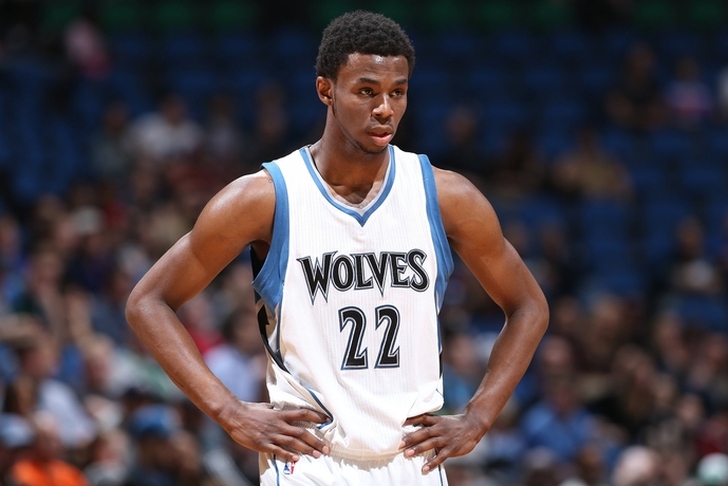 The NBA world has been focused on the Cleveland Cavaliers for the past week following Kyrie Irving's trade request, but there's more going on than just Irving's unhappiness. The offseason is about to reach a quiet point, but here are all the latest NBA rumors you need to know:

Andrew Wiggins Extension
While Wiggins remains linked to trade rumors around Kyrie Irving, the Timberwolves continue to say they want to give Wiggins a max contract extension.

“First of all, I think he likes it here, we like him, he can get the very best contract from me, better than he can get from anyone else,” Timberwolves owner Glen Taylor, told the Minnesota Star Tribune, a paper he actually owns. "I don’t think we have any trouble of offering him the max anyway. We are talking to [Wiggins'] agent right now about extending him out another five years, so we can do that. Karl, we won’t do that until next year. Wiggins, we want to sign him to a long-term contract, we want to keep him here, and we’re negotiating with his agent. But we just started that negotiation, and we have quite some time to get that done."

That mention of Karl refers to Karl-Anthony Towns, who will be in line for a max contract as well next offseason. Wiggins' defense needs work, but he did average 23.6 points per game. The core of Jimmy Butler, Wiggins, Towns and Jeff Teague is expected to push for a playoff spot this year.

Markelle Fultz Predicts Playoff Berth
The 76ers' rookie is feeling confident about his new team. In fact, he thinks the 76ers are going to the playoffs.

Fultz joins a budding young core of Ben Simmons, Joel Embiid and Dario Saric. With sharpshooter J.J. Redick joining the roster, the 76ers have upside. And in a bad Eastern Conference, Fultz could very well be correct.

Jackson was 45th overall pick in the 2016 draft, but barely played with the Celtics at the NBA level. He played just five games wit the Celtics, but in 32 games for the G-League (then D-League), he averaged 14.8 points, six assists and 5.1 rebounds per game. The new two-way contract will allow Jackson to play in the G-League and in NBA.