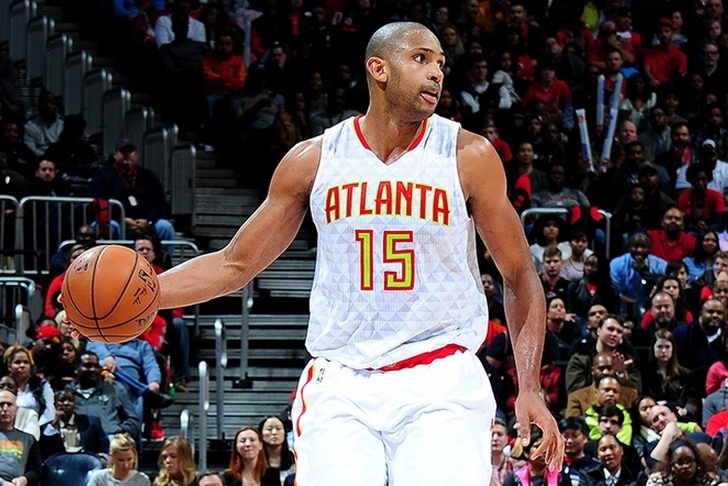 NBA free agency is officially here, and there have already been several moves in the first 24 hours. Players like Hassan Whiteside, Nic Batum and DeMar DeRozan elected to return to their teams. But several players found lucrative deals elsewhere, such as Luol Deng and Timofey Mozgov heading to the Lakers. The rumor mill is buzzing with meetings and contracts, and we're here to get you caught up on what's happened so far. Here are all the latest NBA rumors and news you need to know.

If you're looking for a full list of all the contract signings, scroll to the bottom of this post.

Latest On Al Horford
Outside of Kevin Durant, Al Horford is the top free agent left on the market. According to Adrian Wojnarowski of The Vertical, the Boston Celtics and Washington Wizards have emerged as the favorites to land Horford. He met with four teams yesterday, but it seems he's narrowed his list. He's expected to make his decision at some point Saturday night. It appears the Hawks' decision to add Dwight Howard has taken them out of the running for Horford. The Celtics seem confident in their chances. In the event the Hawks, who are still trying to sign Horford, are able to do so, they could try to trade Paul Millsap.

Who Wants Rondo?
In a down PG market, Rajon Rondo is the best one left on the market. But most teams already have a point guard and there are only a few teams interested in him.

The Nets and Knicks were rumored to have interest, but signed Jeremy Lin and traded for Derrick Rose, respectively. There are conflicting reports on the Pelicans' interest. The Bulls, Kings and 76ers would all likely start Rondo.

Pau Gasol Details
Gasol is likely looking for a place he can win, and it seems he's narrowed down his options.

Gasol's familiarity with Thibodeau is likely a major reason for his interest. However, Krawczynski reports the Blazers and Spurs are still out in front. The Spurs are the favorite at the moment.