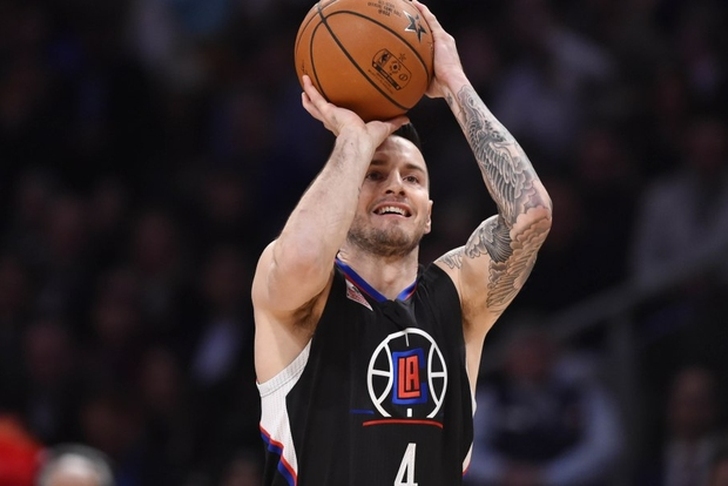 The NBA offseason has reached a quiet point with free agency basically over, but there remain some major storylines. While there is nothing new on the Carmelo Anthony or Kyrie Irving trade sagas, there are updates on the health of Isaiah Thomas and free agency. Here are all the latest NBA rumors you need to know.

Redick Turned Down Rockets And Nets
J.J. Redick signed a one-year, $23 million deal with the Philadelphia 76ers this offseason, but he had interest from other teams. Redick revealed on the Hoops Hype Podcast that he rejected offers from the Rockets and Nets.

"They (the Rockets) offered four [years] and then they went three," Redick said. "Daryl [Morey] always has a million things going on, like in A Beautiful Mind with all of the stuff written on the chalkboard. I’m sure he had four or five deals out there [he was working on]. The day before free agency, I thought it was a four-year deal. Chris Paul and I talked for about 30 minutes the night before free agency started. I wanted to go there.

"[It didn’t work out] – some of it was numbers and some of it was other factors like relocating the family and – I hate to say this – but you never know with Daryl and how he operates. A three-year deal could really be a six-month deal if you get dealt at the trade deadline for a superstar as part of a package of six."

The Nets also offered a multi-year deal, but Redick elected the one year-deal from the Sixers. He's said he wants to stay in Philadelphia and play with a promising young core.

Isaiah Thomas Health
The Boston Celtics were forced to shut down Isaiah Thomas last year due to a hip injury, but Thomas believes it won't be an issue this year.

“The hip is great,” Thomas told the Boston Herald. "It’s a real slow rehab process, but it’s getting better and that’s what it’s all about."

Thomas avoided surgery on the hip and is only just now getting back on the court. The Celtics have high hopes for Thomas after a season in which he put up 28.9 points and 5.9 assists per game.

Knicks Could Bring Back Plumlee
The New York Knicks waived Marshall Plumlee to make space for Tim Hardaway Jr. earlier this offseason. Plumlee has yet to sign anywhere and the Knicks could elect to bring him back.

"The Knicks are among several teams in touch with free agent big man Marshall Plumlee, per league sources, ESPN's Ian Begley writes. "... [Plumlee] expects to make a decision on his next team shortly. The Knicks have several big men in their rotation and it's unclear if there would be a roster/rotation spot for Plumlee, who impressed coaches with his development and work ethic over the past two seasons."