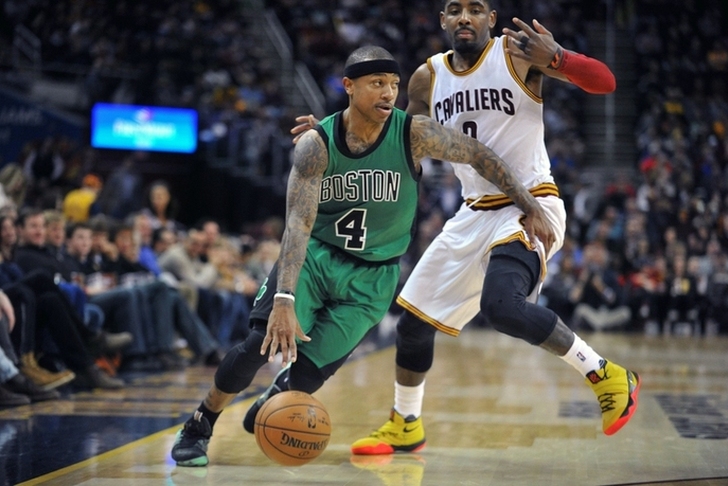 The NBA offseason craziness continued on Tuesday night thanks to a blockbuster trade that sent Kyrie Irving to the Boston Celtics and both Isaiah Thomas and Jae Crowder to the Cleveland Cavaliers. There is some fallout from both teams that we'll touch on below, as well as some good news for the Philadelphia 76ers. Here are the latest NBA rumors you need to know:

Other trades the Cavs may have considered for Kyrie Irving
Cleveland received interest from at least 20 teams in the league in the month following Irving's trade request before pulling the trigger on the Boston deal, and now we're starting to learn about some of the other options they had.

We already knew that the Phoenix Suns had offered a package centered around Eric Bledsoe and a future first-round pick, yet talks stopped when the Suns refused to include No. 4 overall pick Josh Jackson in the deal.

The Milwaukee Bucks supposedly got in on the mix by offering Rookie of the Year Malcolm Brogdon, Khris Middleton and a first-round pick, but that report has been refuted and may be what Cleveland was looking for from the Bucks instead of what was offered to them.

In the end, the Celtics were the only team that the Cavs had serious trade discussions with over the past few weeks. Anything else never advanced past the initial "feeling out" stages.

RELATED: 4 trades the Cavs could make to add another superstar

Were some players on Boston not "fond" of Isaiah Thomas?
The Celtics were willing to part with Thomas due to concerns over his hip injury and their unwillingness to give him the max contract he is seeking as a free agent next summer. However, FS1's Chris Broussard reports that some of the Celtics players weren't the biggest fans of Thomas.

“I will tell you this, I spoke to several executives, or texted with several executives (Tuesday night), and a lot of them were saying that a lot of the players in Boston really weren’t that fond of Isaiah,” Broussard said on FS1’s Undisputed. “We know he had those problems in Sacramento and in Phoenix. I didn’t know he was having those issues — before (talking with) these executives — in Boston.”

Everything I have been told suggests that is not the case. He was a fan favorite in Boston and the players liked him just as much. Even former teammate Jared Sullinger took to Twitter to dismiss Broussard's report.

Lies lies and More Lies!!! Smfh. Y'all better than that! https://t.co/XVcBelKDkA

With his new team in Cleveland, he is expected to fit in well. LeBron James has always had very positive things to say about him publicly - calling him a legitimate superstar in December - and Thomas was AAU teammates with Kevin Love.

#NBA source: Ben Simmons 'has been cleared to resume full basketball activity for some time.' #Sixers

Simmons missed the entire 2016-17 season with a broken foot. Joel Embiid hasn't been so lucky to this point, as he has not been cleared to return from his torn meniscus just yet.

He missed the final two and a half months of the season with the injury but was a Rookie of the Year candidate when healthy, averaging 20.2 points, 7.8 rebounds and 2.5 blocks in 25.4 minutes per game.