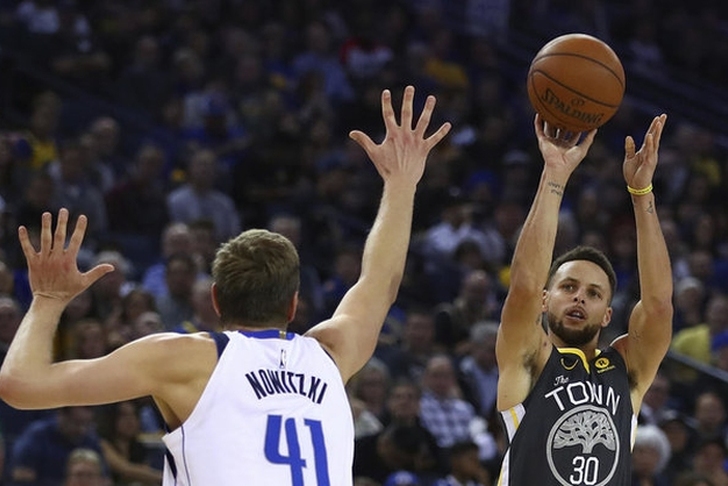 The NBA season is getting really interesting with just two weeks remaining until the playoffs, making each game more and more meaningful. With competitive races in both the Eastern and Western Conferences, there are a number of injuries to key players on some of the league's best teams that will affect seeding. Here are all the latest NBA news & rumors you need to know:

Dirk Nowitzki will play next season
Dirk Nowitzki is finishing his 20th season with the Dallas Mavericks, and despite rumors of retirement, he is expected to return to the Mavs next season, according to Marc Stein of the New York Times.

It won't be official until some point in the off-season, after Nowitzki steps away next month for a telling round of consultation with his wife Jessica and Geschwindner as well as a thorough evaluation of his health. Yet all signs point to a 21st consecutive season with the Mavericks, the only N.B.A. team he's known.

"As of now, I'm planning to come back," said Nowitzki, who turns 40 on June 19. "I feel great. I've only missed one game all season. I signed a two-year contract because I wanted to play two more years. And here we are."

Nowitzki is averaging 12.1 points and 5.7 rebounds per game this season.

"Hopefully, I prove what coach said was wrong and put myself in position to get back as soon as possible," Curry said, indicating he could return sometime during their first-round series. "But right now, who knows? Just try to do my job in the rehab process and get back as soon as I can.

"Based on what I've been told, three weeks is a good benchmark to re-evaluate and reassess where I'm at in my progress. Mentally, for me, [I'm just] staying positive and staying upbeat."

Curry is not the only Warriors player who is dealing with an injury as Kevin Durant (ribs), Klay Thompson (hand) and Draymond Green (pelvic contusion) are also out, but Curry said he isn't concerned about the health of the team.

"I don't think any of this is going to shake us from our ultimate goal of winning a championship," Curry said. "And at that point, we'll look back on all these incidents and laugh about them and understand that at the end of the day, it can make us stronger, it can give us a sense of urgency and kind of jolt the system as we go into the playoffs. As guys start to slowly come back and our team starts to get back to full strength, we can use this to our advantage and kind of galvanize the team and really focus in on what it takes to win another championship."

Golden State is currently 54-20 on the season after losing six of their last nine games. They are 6.5 games behind the Houston Rockets for the top seed in the Western Conference.

Denver looks to be the most interesting case because of their unusual situation. Young center Nikola Jokic was a second-round pick who signed a four-year contract, so the front office can either pick up his fourth-year team option at the minimum and allow him to hit unrestricted free agency next year or decline that option to make him a restricted free agent this summer. The belief around the league is they will do the latter to reduce risk and ideally limit his market, though there should be plenty of interest.