NBA Rumors: No Timetable For Leonard's Return, Butler Cleared For Contact, And Lakers Negotiations With Randle 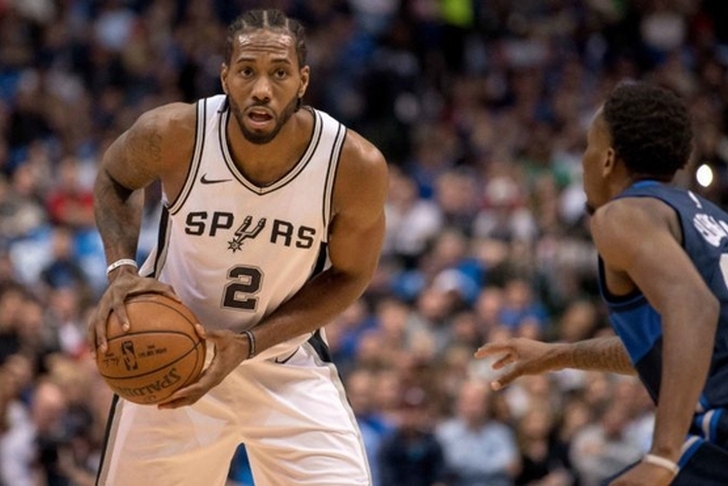 The NBA season coming to an end with just over a week remaining until the playoffs, making each game more and more meaningful given the competitive races for seeding in both the Eastern and Western Conferences. However, there's also plenty going on off the court, especially with the new Hall of Fame class being announced, headlined by Ray Allen, Grant Hill, Jason Kidd, and Steve Nash. Here are all the latest NBA news & rumors you need to know:

Still no timetable for Kawhi Leonard's return
Kawhi Leonard has reportedly been medically cleared to play and is choosing to sit out, causing some friction between himself and the San Antonio Spurs, and he has returned to New York to continue rehab away from the team, according to ESPN's Adrian Wojnarowski.

For the second time this season, San Antonio Spurs star Kawhi Leonard has traveled to New York to continue rehabilitation for his lingering right quad injury under the supervision of outside medical personnel, league sources told ESPN.

Leonard has been in New York since Monday, and there's no timetable set on a possible return to San Antonio, sources said.

Time is running out on Leonard's chances of returning to the active roster this season, and optimism has waned that Leonard will play in any of the Spurs' six remaining regular-season games or join them in the Western Conference playoffs.

Spurs head coach Gregg Popovich said last month that he would be "surprised" if Leonard played again this season and a players-only meeting was held this week to implore the All-Star to return.

"It's the first time for him,'' Wolves coach Tom Thibodeau said. "He will take some contact today, and then we'll see how he feels.''

Butler has been doing on-court work for a while, doing some running and a ton of shooting. If today goes well, it should give everyone more confidence in Butler's ability to return before the regular season ends. But, according to Thibodeau, he'll have to clear a few more hurdles first.

Lakers had chance to sign Julius Randle to cheap extension before the season started
The Los Angeles Lakers had originally planned to let forward Julius Randle leave the team this year via a trade or in free agency this offseason in order to create maximum cap space this summer, but after the Isaiah Thomas trade and a breakout season for Randle, the team is now entertaining the idea of signing him to a long-term extension.

However, had they had been committed to re-signing him before the season, Bleacher Report's Eric Pincus reports that the Lakers had a chance to sign him to a much cheaper deal.

The Lakers had the opportunity to lock in Randle before the season on an extension starting at $12.4 million, the amount of his cap hold, according to a person privy to the stalled negotiations.

Now, off a career year...Randle, 23, will probably command a much larger salary. How much will depend on the market, but the maximum he can earn will be roughly $25.3 million.

Randle will be a restricted free agent this offseason, meaning Los Angeles can match any offer he receives on the open market. However, a number of young teams with a lot of cap space are targeting the talented forward and may offer him a sizable contract in hopes that the Lakers won't match it.