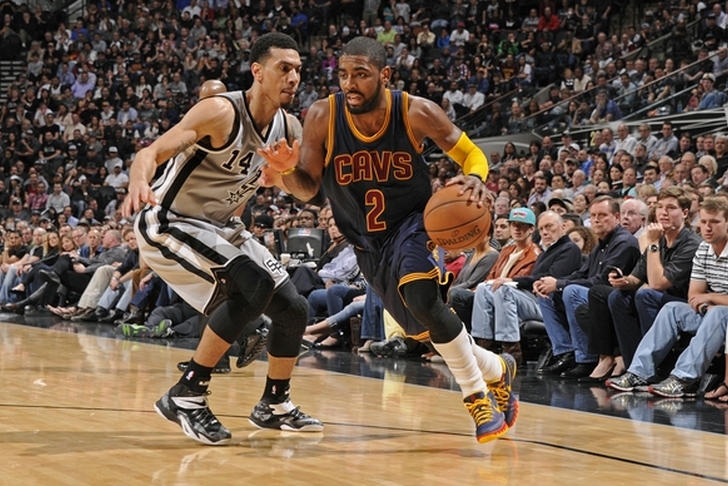 The full 2017-18 NBA schedule was released Monday night, creating plenty of excitement surrounding the top matchups of the new year. The Cleveland Cavaliers find themselves in the middle of most of those marquee games, but it's the questions about Kyrie Irving's future that has kept them in the headlines. Here are all the latest NBA rumors you need to know:

Spurs a real threat to trade for Kyrie Irving?
The San Antonio Spurs were one of the four teams that Kyrie Irving told the Cavs he would like to be traded to, and while the Cavs don't have to abide by Irving's list since he doesn't have a no-trade clause, the Spurs have emerged as a serious threat to land him, according to ESPN's Adrian Wojnarowski.

The Spurs have interest in Irving, league sources say, and Irving's willingness to commit to an extension with the Spurs makes for legitimate win-now deal possibilities for Cleveland. Without James beyond next season, though, the likes of LaMarcus Aldridge, Tony Parker and Danny Green hold no appeal.

However, there are a few factors complicating a potential trade. Along with Cleveland's lack of interest in players the Spurs can offer, they have their eye on four young stars and want one in return for Irving.

LeBron hasn't been willing to commit to the Cavs beyond this season, yet has also refused to waive his no-trade clause for any team. As such, they want to use the return in an Irving trade to protect and prepare themselves for a possible future without either Irving or James by acquiring one of those star young players they can build their future around.

Because San Antonio doesn't have any young stars that fit the bill, they will need LeBron to commit to the Cavs long-term. That happens and Cleveland starts looking to acquire veterans to help them win a championship, which is when the Spurs' available players would come into play.

The other three teams on Irving's list were the Miami Heat, Minnesota Timberwolves and New York Knicks, though the Phoenix Suns and Detroit Pistons have been the two other teams expressing the most interest.

Dwyane Wade to receive buyout in coming months?
Following the Jimmy Butler trade, many people assumed that also meant Dwyane Wade's future with the Chicago Bulls was done. However, he had picked up his $23.8 million player option a few days prior, locking him into the roster for the upcoming season.

Chicago is entering the first year of a rebuilding process that will likely see them tank and play young players to identify pieces of their future core, and having the 35-year-old Wade on the roster certainly goes against those plans. As such, they are expected to reach a buyout agreement with him at some point this season, according to ESPN's Nick Friedell.

From a pure basketball perspective, it appears the Bulls are well-equipped to do just that. Dwyane Wade isn't expected to be long for the organization's future, as nobody would be surprised if he decided not to stick around for a season in the tank and instead chooses to reach a buyout agreement at some point in the next few months.

Bulls GM Gar Forman said at the Las Vegas Summer League that he hasn't had any discussions with Wade's representatives about a potential buyout, but the widespread belief within the organization is that a deal that would allow Wade to play elsewhere will eventually get worked out at some point during the season.

The Bulls have publicly remained adamant about keeping Wade for the entire season, pointing to the need for veteran leadership with their young roster.

NEXT READ: Dwyane Wade wants to join Lakers, per source

Dikembe Mutombo trying to buy Rockets
Houston Rockets owner Leslie Alexander surprisingly announced last month that he was selling the team after 24 years and several notable people have expressed interest in buying the team, including Beyonce and billionaire Tilman Fertitta.

Former Rockets big man Dikembe Mutombo, who played with the team from 2004-2009, told For The Win that he is also trying to get a group together to buy the team.

“I’m putting together a group to buy the Houston Rockets, and we’re getting close,” he said. “Getting close in the next couple weeks, maybe I’ll have a chance. Lot of people, lot of people and good people with a lot of money.”

ESPN's Darren Rovell expects the Rockets to be sold for $1.9 billion.