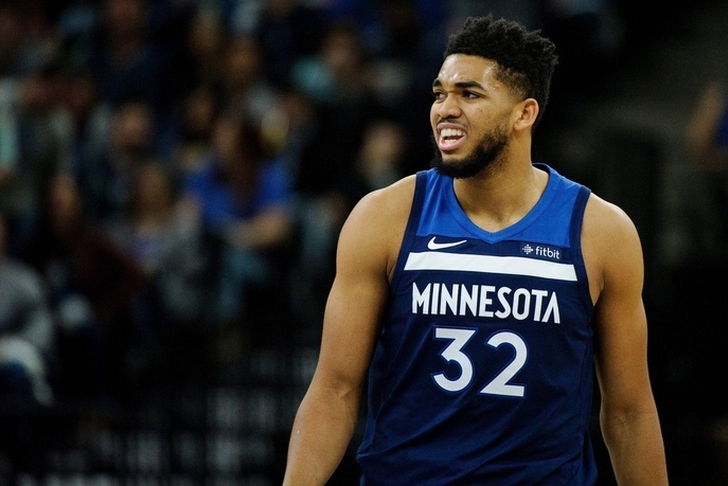 The NBA offseason is underway for all but four teams, with NBA free agency and the NBA Draft now the focus for most teams. So while the Eastern and Western Conference Finals are underway, there quite a few notable NBA rumors to discuss on big players like Karl-Anthony Towns and teams like the Golden State Warriors and Los Angeles Lakers. Here are all the latest NBA rumors you need to know:

Karl-Anthony Towns Trade?
All is not well in Minnesota. After making the playoffs for the first time in 14 years, the relationship between Timberwolves star Karl-Anthony Towns and the team is fraying. ESPN's Zach Lowe reports that the relationship is "not in a good place internally." On Lowe's podcast, ESPN's Brian Windhorst added that the Timberwolves could even trade KAT.

"I don’t think Anthony Davis is going anywhere anytime soon," Windhorst said. "But Karl Towns…now that might be a different story."

Towns is just 22 years old and made the All-Star team this year. He put up 21.3 points per game and 12.3 rebounds this year for Minnesota. While the T-Wolves haven't made any attempts to deal Towns yet, it is something to monitor. Any trade of Towns would surely be a true blockbuster.

Warriors Buying A 2nd Round Pick?
The Warriors have a first round pick this year, No. 28 overall, but that doesn't mean they won't add another one. Owner Joe Lacob told ESPN the team might again buy a second round selection.

The Warriors have made moves for a second round pick in the last two season. Both years, it was the No. 38 overall pick. Last year, they traded with the Bulls, adding Jordan Bell. In 2016, Golden State made a deal with the Bucks to land Patrick McCaw.

Lakers Open To Trading Anyone?
The Lakers have a few key young pieces, including Lonzo Ball, Brandon Ingram and Kyle Kuzma. But as the team tries to return to the Lakers of old, no one is off limits. The LA Times reports the Lakers have told teams they'll listen on any player on their roster.

"While they like their young core and would prefer to keep those players growing together, they have told teams no player is untouchable in trades, according to multiple sources who spoke on condition of anonymity because of the sensitive nature of trade and free-agent negotiations," the Times reports.

Of course, that doesn't mean the Lakers will actually trade anyone. LA is not shopping any of its players, instead simply indicating to teams they'll listen to all offers.

The Lakers could look to add Kawhi Leonard, per the LA Times. Leonard might have the Lakers as his top destination. There are also plenty of free agents set to hit the market this year and next, including Paul George, LeBron James, Kyrie Irving, Kemba Walker, Klay Thompson and Leonard.