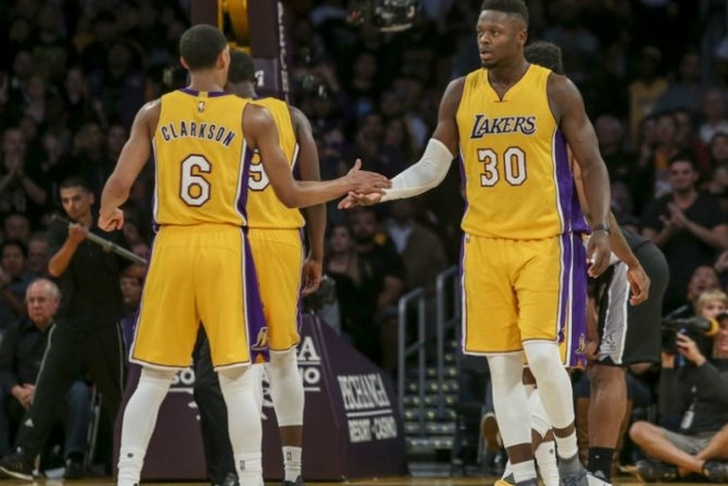 The NBA season is churning right along as the calendar has turned to 2018, and as such, the trade market is starting to heat up. On the court, several teams are dealing with significant injuries, and one big star is expected to make his return. Here are all the latest news & rumors you need to know:

Lakers shopping two young players
The Los Angeles Lakers are trying to maximize their cap space to make a run at two superstars next offseason and are willing to trade both Julius Randle and Jordan Clarkson to make that happen. According to Tania Ganguli of the Los Angeles Times, the Lakers have offered both in trades this season.

Randle’s situation is worth watching, though. The Lakers would love to trade him if they could, and Jordan Clarkson fits in that category too. Both players know they have been offered in trades by the Lakers, and they’re handling it in different ways.

Cavs set minutes limit for Isaiah Thomas' debut
Cleveland Cavaliers point guard Isaiah Thomas is set to make his debut for the team tonight when they take on the Portland Trail Blazers, but he isn't expected to play more than a quarter, according to ESPN's Dave McMenamin.

Lue would not provide any specifics on what the range of Thomas' minute restriction will be, how long he will come off the bench or how long he will be ruled out of both legs of back-to-backs -- the limitation that will keep him on the sideline in Boston.

A source told ESPN that Thomas would be held to 8-to-12 minutes in his debut.

Thomas, who is recovering from a major hip injury, averaged a career-high 28.9 points and 5.9 assists per game last season. He also led the NBA in fourth-quarter points.

Harden is averaging a league-high 32.3 points with 9.1 assists and 5.0 rebounds per game.