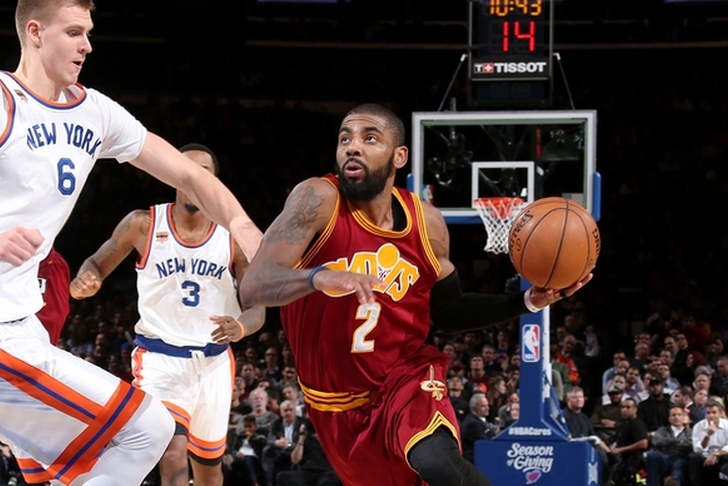 The NBA offseason has reached a quiet point with free agency basically over, but there remain some major storylines. While there is nothing new on the Carmelo Anthony trade sage, there is an update on Kyrie Irving. That and all the latest NBA rumors you need to know are below.

Knicks Are Irving's First Choice
When Irving first demanded his trade, the Knicks, Spurs, Timberwolves and Heat were his four preferred choices. According to Adam Zagoria, the Knicks are actually Irving's top choice.

"His first choice is New York," a source close to Irving told ZAGSBLOG. "The Knicks is where he’d love to be."

Irving wants to be "the guy" and get out of LeBron's shadow. Heading to New York, even with the presence of Kristaps Porzingis, could allow him to shine in a massive market. The problem is that the Knicks don't have the same pieces to offer in a trade that a team like the Suns or even Nuggets could.

Dirk Retirement Timeline
Dirk Nowitzki is back with the Dallas Mavericks, but at age 39, it's unclear just how much time Nowitzki has left. Nowitzki provided some insight in a recent interview with The Undefeated.

"I signed on for two more, so hopefully I can play those two," Nowitzki told the Undefeated. "Last year with the Achilles [injury], I missed almost two months. It was frustrating and disappointing. Hopefully, injury-wise it will be a lot better this season and maybe I’ll play another one. We will see how it goes this [season]. We will see how the body feels."

Nowitzki also said he'll spend more time in Africa once he retires. His wife is from Kenya and he might even buy a home there once his career is over.

"Reed’s wife, told police the NBA player pulled her hair while she was holding their youngest child, and later bashed him in the head with a glass candle to escape Saturday afternoon at their downtown Miami luxury apartment," the Miami Herald reports. "Reed’s account, according to his arrest report: He never put his hands on his wife, but did touch her hair as she got on the elevator at the Marquis Miami, 1100 Biscayne Blvd. And he admitted that he grabbed her purse and her shirt.

"The officer taking the report noted that Jasmine Reed “had red marks on her left wrist, right bicep, the right side of her chest and her back. She also had some swelling on her left foot."

Reed posted his bail and was released Sunday afternoon. The Clippers released a statement that said the team was looking into the incident. Reed was signed as a backup center, but now could face discipline from the NBA