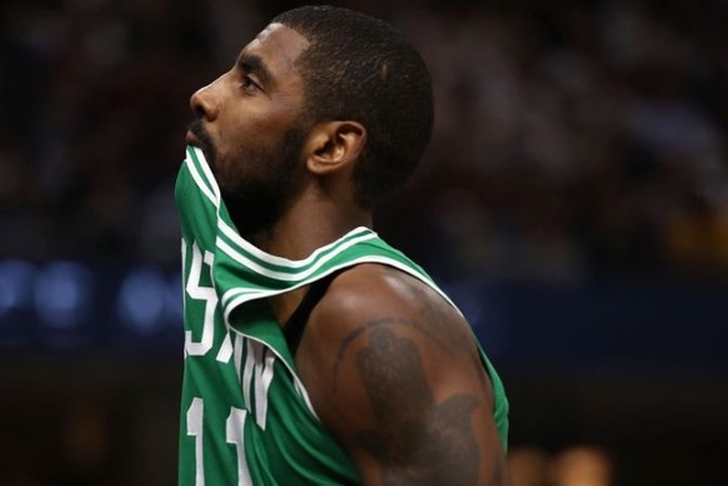 The NBA season is now in full swing with 10 games last night and 11 more today, headlined by the Memphis Grizzlies hosting the Golden State Warriors. As such, there is plenty of action going on around the league, including some injuries and a new signing. Here are all the latest news & rumors you need to know from around the league:

Kyrie is very much not here for Philly’s shit

After the game, Irving took responsibility for the incident but didn't apologize.

"Hell no," said Irving. " [The fan was] man enough to record it on video, then that's all him. I'm glad he got his [social media] name out there and then, kinda, 5 seconds of fame and it going viral -- that's the social media platform we live on. I take full responsibility what I said and excuse (to) the kids at home and you move on.

"At the end of the day, we're human. It's in heat of the moment and frustrations arise, we were at halftime, we were down by 4, in an environment, a season-opener in Philly. Being with a young team like we have here and staying composed, handling that before we go in the locker room and addressing what we have to do in the locker room and going out and handling business and getting the W, that's really the only thing that matters to me.

"It's up to the league at this point. But, like I said, I'm going to take full responsibility for what I said. I don't have any regrets for it."

Dennis Smith Jr. to miss two games with knee injury
Dallas Mavericks rookie point guard Dennis Smith Jr. was scratched from Friday's 93-88 loss to the Sacramento Kings and will not play Saturday against the Houston Rockets due to swelling in his left knee. Smith had surgery on his left knee during his senior year of high school after tearing his ACL.

"He's got a little swelling, not believed to be serious," head coach Rick Carlisle said. "It doesn't make any sense to rush through the weekend and try to play tomorrow.

"He's had a little bit of minor swelling throughout training camp. It's just one of the symptoms of having an ACL [surgery in the past]. Doc checked him out, and we think he's going to be fine."

The No. 9 overall pick in the draft became the youngest player to record a double-double with points and assists in his debut (16 points, 10 assists) in Wednesday's loss to the Atlanta Hawks.

Jameer Nelson signs with Pelicans
Veteran point guard Jameer Nelson was a free agent after being released by the Denver Nuggets earlier this offseason, and he opted to sign with the New Orleans Pelicans today, according to ESPN's Adrian Wojnarowski.

Nelson picked the Pelicans over the Brooklyn Nets, Charlotte Hornets, and Rockets. He averaged 9.2 points and 5.1 assists in 27.3 minutes per game last season.