NBA Rumors: Heat May Part With Whiteside, Hornets Offer GM Job To Kupchak, And Dunn & LaVine Out For Season 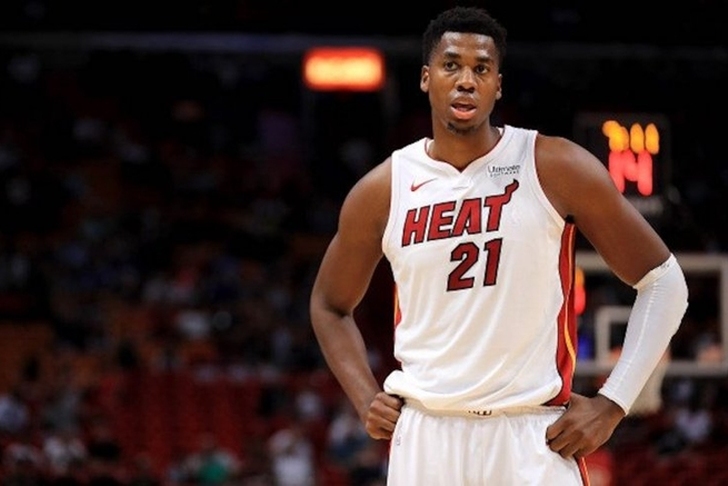 The NBA season is coming to an end with just over a week remaining until the playoffs, making each game more and more meaningful given the competitive races for seeding in both the Eastern and Western Conferences. However, there's also plenty going on off the court as teams also gear up for the offseason. Here are all the latest NBA news & rumors you need to know:

Heat may part with Hassan Whiteside
Miami Heat center Hassan Whiteside has been frustrated with his decreasing playing time this season, and that came to a head following their 110-109 loss to the Brooklyn Nets on Saturday.

Whiteside called head coach Erik Spoelstra's rotations “bulls***" after he only played 20 minutes in the defeat and hinted that his time with the team may end after the season, according to Ben Rohrback of Yahoo Sports.

Asked if his minutes decline could lead to an exit from the Heat, Whiteside said, via the Miami Herald, “I don’t know. Maybe.” A member of the team’s public relations staff reportedly cut the interview short as Whiteside was pondering whether he should address those concerns again with the organization.

The Charlotte Hornets have formally offered their vacant general manager position to the longtime Los Angeles Lakers executive Mitch Kupchak, according to three people with knowledge of the offer.

The Hornets, who are owned by Michael Jordan, are confident they will soon seal a new contract with Kupchak to take over their basketball operations and are progressing toward a deal, according to the people, who spoke on the condition of anonymity because they were not authorized to discuss the negotiations publicly.

Kris Dunn, Zach LaVine to miss rest of season
Chicago Bulls guards Kris Dunn and Zach LaVine will not play again this season due to injury, according to K.C. Johnson of The Chicago Tribune.

The Bulls made clear Monday what they had hinted at for weeks — that not enough practice time remains to get LaVine and Dunn back in game condition. Both have been sidelined since March 15 with left knee tendinitis (LaVine) and turf toe (Dunn).