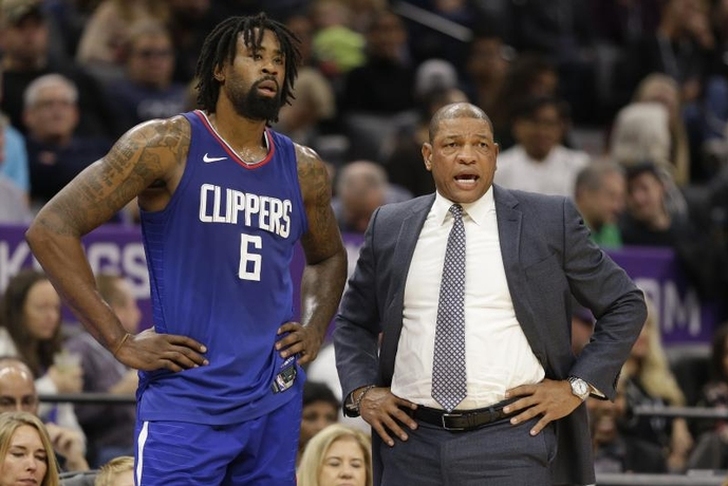 The NBA season is churning right along as we have passed the quarter-point of the season, and as such, teams are starting to solidify themselves as playoff contenders - or as some of the worst teams in the league. As such, the trade market is starting to heat up, and we have some updates on players that have been away from the court. Here are all the latest news & rumors you need to know:

Four teams interested in DeAndre Jordan
With the struggles of the Los Angeles Clippers so far this season (8-13) and Blake Griffin out for the next couple of months, center DeAndre Jordan's name has been mentioned in numerous trade rumors. According to Gary Woelfel of Woelfel's Press Box, four teams have expressed interest in him - with the Milwaukee Bucks being the most aggressive.

The Bucks recently acquired veteran guard Eric Bledsoe from the Phoenix Suns, and now the scuttlebutt around the league is they are making a concerted push to acquire veteran center DeAndre Jordan from the Los Angeles Clippers.

Jordan’s name has been mentioned in trade rumors for several weeks and, as one might expect, there isn’t a shortage of teams interested in him. According to sources, the Toronto Raptors, Washington Wizards, Minnesota Timberwolves and Bucks have shown the most interest in Jordan.

Jordan is averaging 10.2 points with 14.0 rebounds and 1.1 blocks per game so far this season.

Derrick Rose to return to Cavs
Cleveland Cavaliers point guard Derrick Rose left the team as he contemplated retirement, but he is now set to return and is expected to play out the rest of the season, according to Jason Lloyd of The Athletic.

Derrick Rose wants to come back. Where he fits now remains to be seen. Rose has been in contact with Cavs GM Koby Altman in recent days and has expressed a desire to return, The Athletic has learned. The Cavs are expected to have an announcement regarding Rose on Sunday.

Last year while with the New York Knicks, Rose went missing on game day for what he called "a family issue" and was fined by the team.

He has only played in seven games this season due to injury, averaging 14.3 points and 2.6 assists per game.

Nikola Mirotic will play this week
Mirotic has not played this season after suffering a concussion and facial fracture after getting into a fight with Chicago Bulls teammate Bobby Portis, yet he is set to make his return this week, according to Vincent Goodwill of NBC Sports Chicago.

Nikola Mirotic said the plan is to play this week. He's lost about 5-6 pounds from this summer, said his conditioning has improved