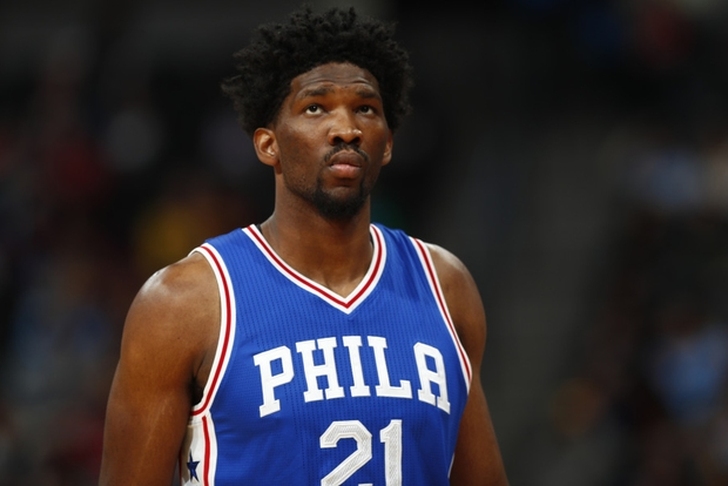 The NBA preseason is now in full swing for every team in the league, and we're less than two weeks away from the start of the regular season. Teams are in the process of finalizing their rosters through the preseason and are starting to deal with injuries - including a certain big-name player who is dealing with a lingering injury from last season. Here are all the latest news & rumors you need to know:

#Sixers Brown: 'I don't really know what to expect' when asked if Embiid will be ready for start of season but says JE is getting there.

Embiid missed the first two seasons of his NBA career due to foot injuries, and the torn meniscus limited him to 31 games last year.

On top of that, as the Warriors prepared for the postseason, Warriors owner Joe Lacob was considering offering Curry a contract below the max, even though Curry has been one of the most underpaid players in all of sports over the last three seasons. Warriors general manager Bob Myers kept Lacob from bringing a reduced offer to the negotiating table, but it was enough of a thing that Myers reassured Curry of the franchise's commitment.

Curry refused to acknowledge rumblings that the Warriors may offer him less than the max once he hit the open market, saying the rumblings meant nothing until Golden State could actually offer him the contract.

However, if the Warriors didn't offer him the max, Curry was prepared to explore other options in free agency. A number of teams, including the San Antonio Spurs and his hometown Charlotte Hornets, had planned to make a run at the two-time MVP is he considered leaving the Warriors.

Harrison Barnes will never sign with a team that passed on him in the draft
Dallas Mavericks forward Harrison Barnes is only one year into the four-year, $95 million contract he signed with the team in 2016, but he already knows seven teams he won't sign with should he hit free agency again.

According to Patreon's Peter Vecsey, Barnes - the No. 7 pick in the 2012 draft - holds such a grudge against the six teams that passed on him that he would never consider joining them. And you can add the Warriors, his former team, to that list after Draymond Green didn't invite Barnes to his wedding.

“Harrison’s the kind of guy who will remember that forever,” said someone who knows him extremely well. “He still holds a grudge against the teams that didn’t draft him.” Especially the Charlotte Hornets! Michael Jordan’s team opted for Kentucky’s Michael Kidd-Gilchrist at No. 2 over Barnes, who played in state at the University of North Carolina

“Harrison took that very personal,” the same source said. “Guaranteed, should he ever leave the Mavericks, he’ll never sign with New Orleans (Anthony Davis), Washington (Bradley Beal), Cleveland (Dion Waiters), Sacramento (Thomas Robinson) and Portland (Damian Lillard). Barnes will not forget feeling slighted by the above six teams. And he did not forget Draymond’s affront when he sent out invitations for his July 29, 2017, wedding to Brittany Johnson.