NBA Rumors: Embiid Cleared For 5-on-5, Nuggets Working On Extension For Harris & More 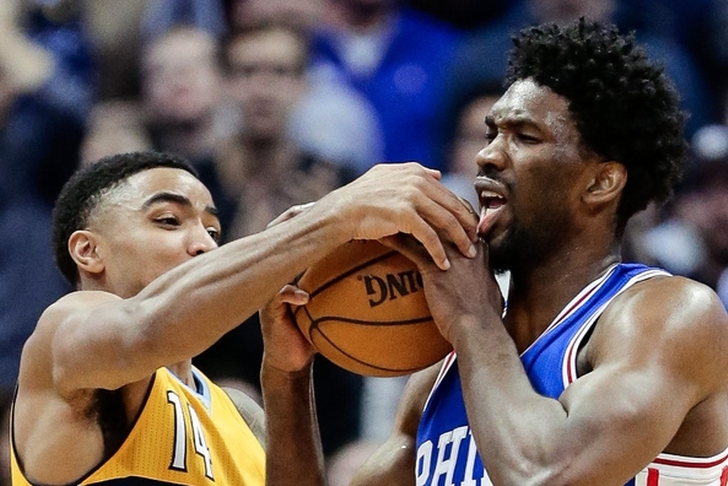 We're at the mid-point of the NBA preseason, and we're less than two weeks away from the start of the regular season. Teams are in the process of finalizing their rosters through the preseason and are starting to deal with injuries, including a pair that may influence the Eastern Conference Playoff picture. Here are all the latest news & rumors you need to know:

Joel Embiid cleared for 5-on-5 drills
Philadelphia 76ers star center Joel Embiid has been cleared for 5-on-5 drills and all basketball activities after suffering a torn meniscus last season. He will not play this preseason and he may not be ready for the start of the regular season, even though the team is hopeful he will be able to start the opener.

Embiid missed the first two seasons of his NBA career due to foot injuries, and the torn meniscus limited him to 31 games last year.

Nuggets working on extension for Gary Harris
The Denver Nuggets are working on signing guard Gary Harris to a long-term extension, according to Gina Mizell of the Denver Post.

Denver Nuggets general manager Arturas Karnisovas told The Denver Post on Thursday afternoon that a contract extension with starting shooting guard Gary Harris is “in the works” and that he hopes the organization and Harris “can get something done before the season starts.”

“He’s been such a huge part of what we’re trying to do here, a representation of what we’re building here,” Karnisovas said of Harris during a visit to The Denver Post’s newsroom. “Him going through trade rumors and still staying with us and being consistent and being a good leader for our guys and (knowing) how to do it, he was the ultimate professional.

“We’re trying to find ways to keep him here as long as we can.”

Nicolas Batum out 8-12 weeks for Hornets with elbow injury
Charlotte Hornets forward Nicolas Batum will miss 8-12 weeks after tearing a ligament in his elbow in the team's win over the Detroit Pistons on Wednesday, according to Shams Charania of The Vertical.

Charlotte's Nicolas Batum has suffered a torn ligament in his left elbow and will miss 8-to-12 weeks, league sources tell The Vertical.

Batum issued the following message on Twitter, saying the Hornets will be fine in his absence.

It’s my left arm guys! Everybody knows I’m not using my left hand (that’s what the scooting report says).We have a deep roster we’ll be fine