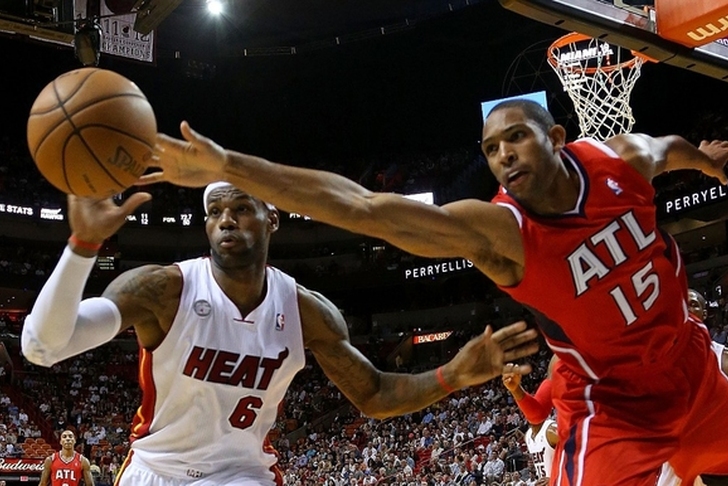 Saturday's NBA slate brings us seven games, each with a solid level of intrigue. We're here to get you set for the night ahead with our NBA Roundup: Previewing All Of Saturday's Action.

The Kings looked like they righted the ship with a three-game winning streak, but back-to-back losses to the Hawks and Heat to open a five-game road swing have once again increased the tension around head coach George Karl and the locker room. A win over a talented young Orlando team would ease things up a bit.

Pacers star Paul George has scored at least 26 points in eight straight games, moving to within two games of Billy Knight's franchise-record run of 10 games back in 1977. He'll go for nine in a row against a Bucks team that is 0-6 when giving up 100 points or more.

Cleveland will be without three starters (Kyrie Irving, Mo Williams, Timofey Mozgov) while Atlanta is expected to play without star guard Jeff Teague in this rematch of the 2015 Eastern Conference Finals. Cleveland has won 26 of its last 27 regular-season home games.

Bradley Beal is projected to return to the court for Washington for the first time in four games, adding to the Wizards' firepower as they look to notch a third straight win. However, Detroit may still have the advantage if Andre Drummond and his NBA-leading 18.3 rebounds per game has anything to say about it.

The 76ers are near the bottom of the league in points in the paint (43.7) and second-chance scoring (15.7). The inability for the Philadelphia's young frontcourt to get rolling has been their Achilles heel during a season-opening 13-game losing streak, and could prove to be their undoing against an experience forward/center core for Miami.

The Knicks have not won in Houston in 11 years. This is as good a chance as any with New York streaking (looking for four straight wins) and the Rockets spiraling as losers of five of their last six. NY is limiting opponents to 90.3 points per game on 42 percent shooting during their win streak.

The Grizzlies are back in form, winning all four games they've played since acquiring guard Mario Chalmers. Their rejuvenated backcourt will be key, considering that their frontcourt will be busied with LaMarcus Aldridge and Tim Duncan.