NBA: Recapping All Of The Action From Sunday 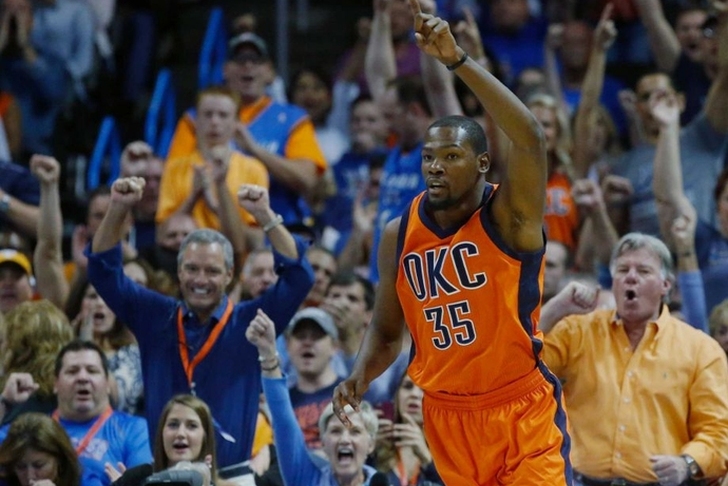 Sunday's NBA slate was seven games deep, giving us some historic wins and interesting news tidbits from the sideline. Here's a game-by-game recap of the day that was on November 1st.

Hawks HC Mike Budenholzer lit into his team after they gave up 36 points in the third quarter on Sunday. It worked. Atlanta clamped down in the fourth, outscoring the Hornets 24-16 to eke out a two-point win. It's still going to take some time for LaMarcus Aldridge to get fully into the swing of things with his new Spurs teammates, but he's already showing flashes of what he'll be able to do when he fully adjust. Aldridge posted 24 points & 14 rebounds in Sunday's win, scoring eight in the 4th to hold off a late Celtics charge. Udonis Haslem profanity-laden halftime speech to his Heat teammates on Sunday was just what the team needed. Miami gutted Houston's offense with smothering on-ball defense en route to outscoring the Rockets 65-26 in the second half. Toronto HC Dwane Casey picked up his franchise-record 157th win on Sunday, but he decided to deflect some of the credit and focus on the one player who's been with him for the entire ride since 2011-12 -- DeMar DeRozan. "DeMar DeRozan has been here through the whole number of wins," Casey said. "As Drake said, we started at the bottom [but] we're not there yet. We started 30th in the league in defense, [we've done] a lot of building, and we're still building."

Bulls star Derrick Rose remains severely limited as a shooter due to ongoing vision problems related to his recovery from a broken orbital bone. However, that's not stopping him from contributing in other way. Rose's eight assists were a game high, keying Chicago's attack in a win over a game Orlando squad.

Rick Carlisle surpassed Don Nelson as the Mavs' franchise leader in career coaching wins, picking up his 340th victory in 29 fewer games that Nelson took to win 339. Dirk Nowitzki once again did the bulk of the work, scoring 25 and helping Dallas stave off a late rally by the Lakers.