NBA Preview: Curry With A Point To Prove, But Bucks Are The Team To Beat 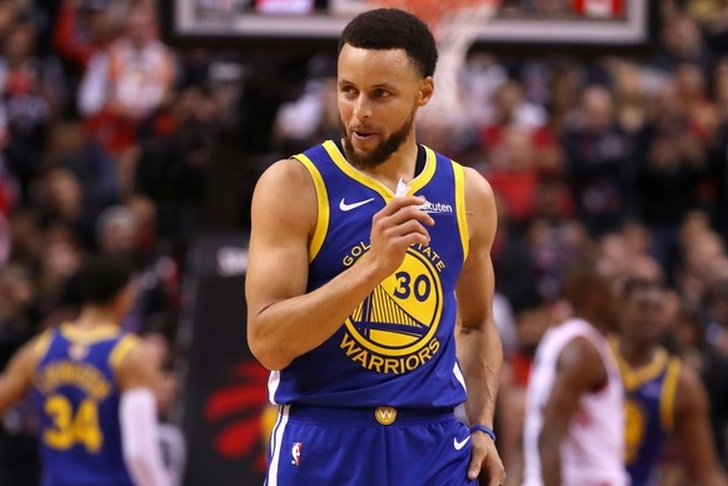 With just a few weeks to go before the 2019/20 NBA campaign gets underway, the teams are busily building up for the big tip-off on October 22.

The Toronto Raptors defeated Golden State Warriors to win last season’s championship, but they could find it difficult to win back-to-back titles. Los Angeles Clippers, Los Angeles Lakers and Houston Rockets are amongst the most fancied teams this year, but there are plenty of others who have genuine hopes of lifting the trophy.

Read on as we preview the upcoming NBA season.

The Warriors have reached the NBA Finals for the last five years, winning on three occasions, but last season’s defeat by Toronto was a tough one to take.

With Kevin Durant, Shaun Livingstone and Andre Iguodala all exiting the club, Curry will have even more weight on his shoulders next term.

Injuries have taken their toll on Curry in recent years, but trainer Brandon Payne is confident that his off-season training regime will pay dividends.

"Movement and recovery are the main focus this offseason," Payne told NBC Sports. "We want to make him stronger, but we want to at first make sure that he's moving at optimal levels.

"The load management thing is not that big a deal as long as you recover properly between workouts and games.

“We know it's going to be a heavier load. That's why a heavy emphasis this off-season has been on creating a solid recovery process, something that we can work on and refine between workouts and carry over into the season, and that can be easily repeatable on a daily basis.

"We don't have (Curry) walking around in bubble wrap, but we are being a little more intelligent about how we're loading his body."

Modern training camps move the game on
NBA players benefit greatly from sports science in the modern era, with improved training regimes, injury management, use of optimal supplementation and better nutrition all having an impact.

While the likes of Michael Jordan, Larry Bird and Shaquille O'Neal are undoubtedly legends of the game, it’s highly likely they’d have been even better with modern sports science supporting their efforts.

Many players now enjoy greater longevity in the NBA as they are much fitter, and the modern training camps have played their part in giving them a better base to work from.

This year’s camps will see players on the six teams taking part in the 2019 NBA Global Games in Asia can report to their team no earlier than 11.00am on September 27.

Training camps open for those teams the following day, while players on the 24 remaining teams must wait until 11.00am on September 30 before reporting for duty.

The pre-season in North America begins on September 30, when the Rockets host the Shanghai Sharks of the Chinese Basketball Association at the Toyota Center.

Each NBA team will play between four and six warm-up matches in preparation for the NBA season, which starts on October 22.

The players to watch
In addition to Curry, there are a plethora of players who will be worth watching during the upcoming campaign.

LeBron James remains a force to be reckoned with in the NBA and he will be eager to lead the Lakers to their first title since 2010.

Kawhi Leonard was an influential player for the Raptors last term and his switch to the Clippers has made a solid-looking team look even stronger.

James Harden will undoubtedly be the star-of-the-show in Houston as the Rockets bid to end their 25-year wait for the championship.

However, reigning MVP Giannis Antetokounmpo could once again be THE player to watch in 2019/20 after leading Milwaukee Bucks to a league-best 60 wins last season.

Antetokounmpo still has some improvements to come, particularly on his 3-point shooting, but if he can find consistency in that department the Bucks could be tough to stop.

The 24-year-old has already been linked with a move to the Warriors and a link-up with Curry in couple of years would be a frightening proposition.

The battle for the title
Toronto and Golden State reached the NBA Finals last season, but both could have difficulty repeating the trick in 2019/20.

Both teams have lost key players during the summer and although they should make it to the play-offs, a return visit to the Finals is likely to be beyond them.

The Lakers’ acquisition of Anthony Davis puts them in contention, particularly if he and James can steer clear of injuries.

With Kawhi Leonard and Paul George in their line-up, the Clippers should also be a force as they try to win their first-ever title.

Houston, Philadelphia 76ers and Boston Celtics could also be in the mix, but Milwaukee look a solid choice to win the title this season.

Their defensive improvements under coach Mike Budenholzer took them to the Conference Finals last year.