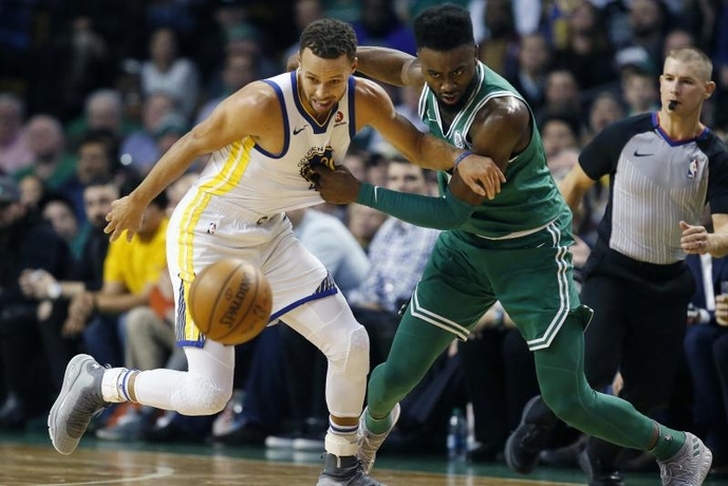 Although the All-Star game is typically recognized as the halfway point of the NBA season, teams are roughly at the 41-game threshold of the 82-game schedule, meaning we're really there already. The Golden State Warriors and Boston Celtics continue to be the top teams in each respective conference, but several other teams - namely the Minnesota Timberwolves and Toronto Raptors - are on hot streaks that have put them among the elite teams in the league.

How does the rest of the league shake out? Here are our latest NBA Power Rankings.

29) Atlanta Hawks (11-30)
We knew the Hawks were going to be one of the worst teams in the league this year, and outside of John Collins (and potentially Dennis Schroder), this team is in full-on rebuild mode. They're only 4-19 on the road.

28) Memphis Grizzlies (13-27)
Without Mike Conley, the Grizzlies have been absolutely awful, but are (for some reason) resistant to any kind of full-on rebuild. They're only 6-15 since interim head coach J.B. Bickerstaff took over.

27) Sacramento Kings (13-27)
De'Aaron Fox and Buddy Hield are Sacramento's backcourt of the future, and both are finally now in the starting lineup. The Kings may very well trade some of their veteran pieces in order to let their young players take on even bigger roles.

26) Los Angeles Lakers (13-27)
Head coach Luke Walton's job has been called into question, and this team seems to be on the verge of a downward spiral. Look for Jordan Clarkson or Julius Randle (or both) to be dealt before the trade deadline as the Lakers try to clear cap space for the summer.

25) Brooklyn Nets (15-26)
Brooklyn has really outperformed expectations to this point in the season as a number of young players, including Jahlil Okafor, look like they could be pieces the Nets continue to build around. They only need six more victories to surpass last season's win total.

24) Dallas Mavericks (15-28)
The Mavs have shaken off their terrible start to be just bad and have struggled to get anything going. Dallas is clearly in the transitional phase entering the post-Dirk era - and this may be Nowitzki's last year.

23) Charlotte Hornets (15-24)
Charlotte is very easily one of this season's biggest disappointments. They are a bonafide mess and have significant money tied up in this roster for next season, as well. General manager Rich Cho and head coach Steve Clifford both won't be back next season as the Hornets are set to undergo another rebuild. Look for point guard Kemba Walker to be traded before the deadline.

22) Phoenix Suns (16-26)
Phoenix has been much better of late, winning seven of their last 12 games as some of their young players - Josh Jackson, Marquese Chriss, and Dragan Bender - are starting to play well, along with budding stars in Devin Booker and T.J. Warren.

21) Chicago Bulls (15-27)
Chicago is 12-7 since Nikola Mirotic's return and will have Zach LaVine make his debut with the team on Saturday. Is it possible that the Bulls could challenge for a playoff spot?

20) Utah Jazz (17-24)
Injuries have completely derailed Utah's season, and in a loaded Western Conference, their playoff odds have virtually vanished. However, the play of rookie Donovan Mitchell gives this team plenty of hope for the future.

19) New York Knicks (19-22)
The Knicks are 2-8 over the last 10 games but will get Tim Hardaway Jr. back in the next couple of days. Kristaps Porzingis' decline in play (after he admitted to being tired) is the biggest reason for their recent struggles.

18) New Orleans Pelicans (20-20)
The Pelicans have continued to be around .500 all season, being within three games on either side all season. They haven't gotten consistent production out of anyone other than Anthony Davis or DeMarcus Cousins.

17) Denver Nuggets (21-20)
Even though Nikola Jokic hasn't taken his game to the next level, the play of Gary Harris and Jamal Murray have helped them remain in the playoff picture in the West.

16) Los Angeles Clippers (19-21)
The Clippers have rebounded from their long losing skid to go 11-6 over their last 17 games, including winning six of their last eight games. They seem content with trying to make the playoffs this year rather than rebuilding - but another losing streak could change their minds.

15) Indiana Pacers (21-20)
Indiana went 0-4 without Victor Oladipo, who is the heavy frontrunner for Most Improved Player this season. However, it seems as though this team is at their ceiling. Can Oladipo really carry a team?

14) Detroit Pistons (22-18)
Detroit has been slightly below .500 since their hot start, yet they've done enough for us to believe they're a legitimate playoff team.

13) Philadelphia 76ers (19-19)
The Sixers have snapped out of their December rut by winning five of their last six games, including four games in a row. We have enough of a sample size to believe that this team really is dangerous and are ahead of schedule. However, the question still remains - can they stay healthy? After all, it has only been half a season.

12) Milwaukee Bucks (22-18)
In some games, Milwaukee plays like they can beat anyone, yet in others, they play well below their standard and lose to teams they have no business losing to. That's the problem of trying to break in a significant piece like Eric Bledsoe on the fly.

10) Oklahoma City Thunder (22-20)
OKC has finally shown flashes of their full potential thanks to their hot close to December. Paul George's uncertain future with the team will be a storyline that hangs over them for the rest of the season.

9) Washington Wizards (23-18)
Washington can beat anyone...but they can also lose to anyone. They play up or down to their competition seemingly every night, which is why they're only fifth in the East.

8) Portland Trail Blazers (22-19)
Damian Lillard, C.J. McCollum, and an improved Jusuf Nurkic have Portland looking like a legit playoff team. The biggest reason for that is their success on the road (12-9).

7) Cleveland Cavaliers (26-14)
The Cavs have struggled over the last two weeks, losing five of their last seven games - and three of those losses have been by double digits. However, they've all come on the road, where Cleveland hasn't been great this season (11-10 compared to 15-4 at home).

5) Minnesota Timberwolves (27-16)
Minnesota's defensive improvements have really shown themselves over the last 18 games, posting the league's fifth-best defensive in that stretch. They're also 13-5 in that timeframe.

4) Toronto Raptors (28-11)
DeMar DeRozan's improved three-point shooting isn't here to stay (I don't think), but the Raptors have racked up three win streaks of at least five games in the last month and a half. They look like a legit contender in the East.

3) Houston Rockets (29-11)
The Rockets snapped out of their five-game losing streak to win four of their last six games. It's clear that they can win without Chris Paul, but they can't win without James Harden.

2) Boston Celtics (33-10)
Boston has ripped off a six-game win streak to reassert themselves as the best team in the Eastern Conference. As long as young players like Jaylen Brown and Jayson Tatum continue to play well, there's a solid chance they'll end Cleveland's reign in the East.

1) Golden State Warriors (33-9)
Stephen Curry's recurrent ankle injuries are concerning, especially with how they plagued him early in his career. Still, they're 7-3 in their last 10 games and Kevin Durant is more than capable of carrying the load on any given night. They're still the team to beat.