NBA Power Rankings: Clippers, Cavs, Warriors A Cut Above Everyone Else 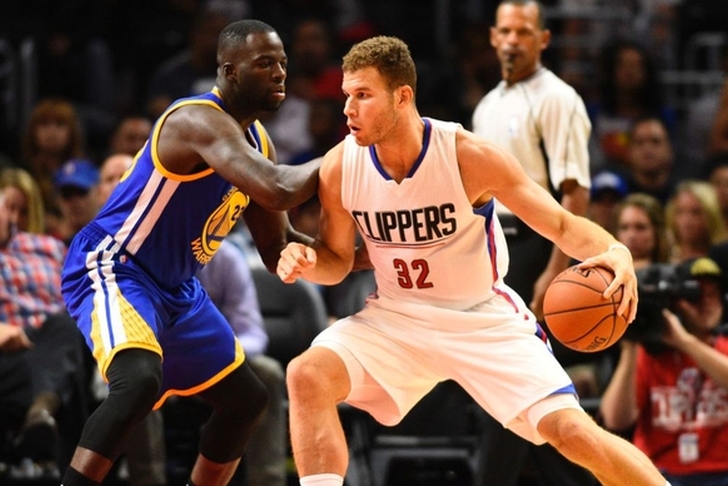 The NBA regular season is nearly a month old already, and we've already seen several surprising teams this year while other would-be contenders might be destined for the lottery this year. How do all of the teams stack up against each other so far this season? Find out in our NBA Power Rankings:

1) Los Angeles Clippers (10-2)
LA suffered their second loss of the season on Wednesday night, but those two losses have come by a combined six points to playoff teams in the Thunder and Grizzlies. They have been the most impressive team this early in the season.

2) Cleveland Cavaliers (9-2)
Cleveland also lost their second game on Wednesday, but they were resting LeBron James and J.R. Smith. They still run the East.

3) Golden State Warriors (9-2)
Yes, Golden State has the most talent in the league (easily). They're third right now because only three of their wins have come against teams with winning records and their two losses were each by at least 20 points.

4) San Antonio Spurs (9-3)
The Spurs have cooled since their dominant win over the Warriors, yet have gotten back on track with their current four-game win streak.

5) Toronto Raptors (7-4)
Toronto has played the toughest schedule of anyone in the league. Three of their losses have come to the Cavs and Warriors, and they already have wins over the Hornets, Thunder and Knicks.

6) Atlanta Hawks (9-2)
Are the Hawks for real? Losses to the Wizards and Lakers weren't pretty, yet they've beaten the Rockets, Cavs and Bulls on their current six-game win streak.

7) Charlotte Hornets (7-3)
Like Atlanta, it's hard to judge exactly where the Hornets stand. Utah is the best team they've beaten, but their only losses have come to the Celtics, Raptors and Cavs.

8) Utah Jazz (7-5)
All of Utah's losses have come to playoff teams, and they do have a win over the Spurs in San Antonio. Still, they need to be more consistent.

9) Portland Trail Blazers (7-5)
Portland is another team struggling with consistency issues. They beat the Jazz and Grizzlies, but have also lost to the Suns.

10) Chicago Bulls (7-4)
The Bulls have drastically outplayed preseason expectations to this point and have won four of their last five games, culminating in that win over Portland.

11) Oklahoma City Thunder (7-5)
The Thunder were the best team in the West through seven games, but went on a four-game losing streak they snapped with a win over the Rockets on Wednesday.

12) Boston Celtics (6-5)
Boston has rebounded from their tough start by winning three of their last four games, and we know how good this team can be from their wins over Chicago and Charlotte.

13) Memphis Grizzlies (6-5)
Memphis didn't do anything of note over the first 10 games of the season - then they beat the Clippers. Time will tell if they are capable of maintaining that level of play.

14) Houston Rockets (6-5)
James Harden is capable of carrying this team to big wins (see win at Spurs), but his supporting cast often leaves much to be desired.

15) Los Angeles Lakers (7-5)
The Lakers are ahead of schedule in their rebuild, already posting wins over the Hornets, Rockets and Warriors. However, consistency is a problem, shown by losses to the Timberwolves and Mavs.

16) Indiana Pacers (6-6)
What are we to make of the Pacers? They've lost to the 76ers, Nets and Bucks, but have wins over the Cavs, Bulls and Lakers.

17) Detroit Pistons (6-6)
Detroit has played fairly well without starting point guard Reggie Jackson, yet still have just one win over a team with a winning record.

18) Milwaukee Bucks (5-5)
Milwaukee is another one of those teams that has been hard to pin down this early in the season. They beat the Grizzlies, but that is the only win they have in their last four games. They also lost to the Mavs during that stretch.

20) Minnesota Timberwolves (3-7)
Minnesota's defense has been surprisingly bad this season, causing a 1-5 start, but they seem to be headed in the right direction with a 2-2 mark over their last four games.

22) Orlando Magic (5-7)
Orlando has been streaky early in the season. They lost three in a row to start the season, then won three in a row, followed by another three game losing streak. Now, they've won two of their last three games.

23) Brooklyn Nets (4-7)
Brooklyn has been one of the league's bigger surprises of the season, already winning a fifth of the total games they won last year.

24) Denver Nuggets (4-7)
Denver showed promise with a 3-3 start, but then lost four games in a row. They snapped that streak with a win over the Suns on Wednesday.

25) Dallas Mavericks (2-8)
Dallas has not shown many signs of life this season as they try to break in several new players and are dealing with injuries to Dirk Nowitzki and Deron Williams. Back-to-back wins have been sandwiched between two losing streaks of five games and three games.

27) Phoenix Suns (3-9)
Phoenix does have a win over Portland on their resume, but also have losses to Brooklyn, Denver and Sacramento.

28) Washington Wizards (2-8)
Washington has been a trainwreck. This team was supposed to have a bounce back year, but they have been awful on all fronts. They might need to move on from the John Wall-Bradley Beal dynamic and start another rebuild.

29) New Orleans Pelicans (2-10)
Anthony Davis - and the fact they've been playing without Jrue Holiday - is the only reason why the Pelicans aren't in last.

30) Philadelphia 76ers (2-9)
Philadelphia Is still bad, but there is hope. Joel Embiid is a star in the making, Dario Saric has shown a lot of promise, and they're still without Ben Simmons. They're a young team just learning how to win.