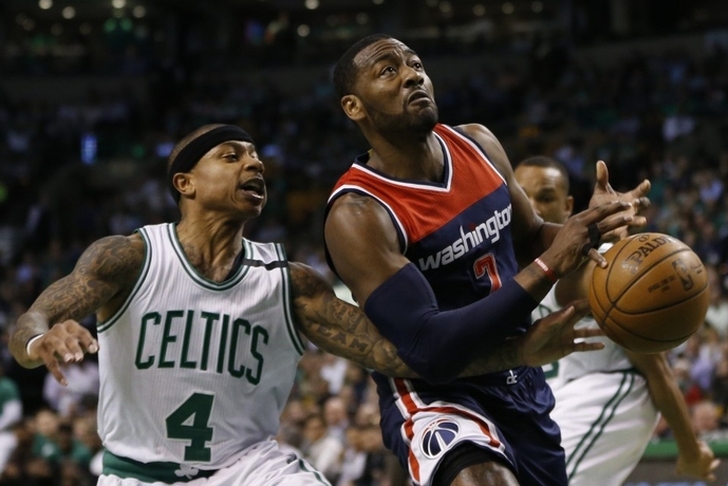 The Boston Celtics are set to host the Washington Wizards in Game 7 of their Eastern Conference semifinals series on Tuesday night. It's just the second Game 7 of these playoffs so far, and the winner will square off against the Cleveland Cavaliers. The home team has won every game this series - will that continue for the Celtics, or will the Wizards come up big on the road? Here's our preview and prediction for tonight's game.

What They're Saying About The Boston Celtics:
Despite their inexperience, Celtics realize the magnitude of Game 7 in Boston
GAME 7: This NEW Celtics Hype Video Will Send Chills Down Your Spine
Celtics’ 24 hours of destiny: Game 7 and NBA Draft Lottery

What They're Saying About The Washington Wizards:
Game 7 is a chance for Wizards to erase a lot of lamentation
GAME 7: This NEW Wizards Hype Video Will Send Chills Down Your Spine
What numbers will be most important to Wizards in Game 7?

Key To The Game: Isaiah Thomas vs. John Wall
This game is going to be tight throughout, and with all the different things that can and will impact this game, one thing (the most simple thing) will determine the outcome - which star player performs better? In five of the six games in this series, whichever one of these players scored more points led his team to victory. And, in five of the six games, whoever had a higher plus/minus won the game.

Bench production will obviously be important, but as history has shown us, Game 7's often come down to star players making big players. Whichever one of these two plays better will come away with a win and keep their team's season alive.

Prediction: Wizards win 103-98
After Thomas' 53-point outburst in Game 2, Washington has held him to just 19.3 points per game. They seem to have figured out a defense that contains Boston's star, meaning the Celtics will likely have to rely on their supporting cast in their biggest game of the season. I think that means they don't produce enough offense to win this game.