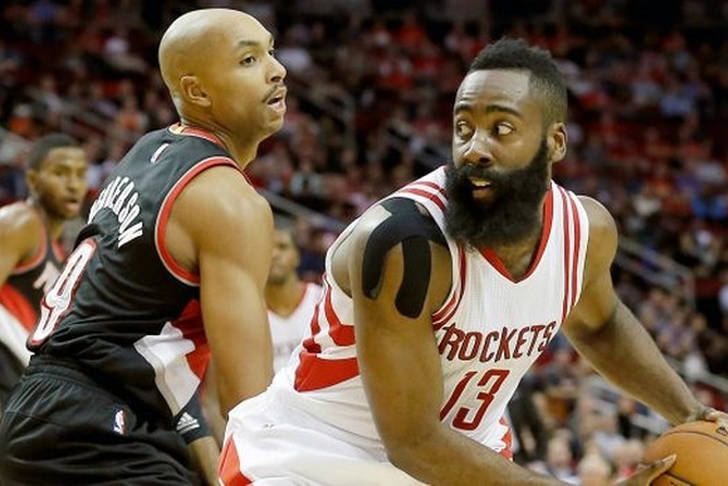 Wednesday's 10-game slate of NBA action was full of close games, including two that when into overtime. Check out a quick recap of all the games that took place last night along with all of the latest news and rumors in our NBA Roundup:

Charlotte used 24 points and eight assists from Nic Batum to outlast the Nets in the fourth quarter.

Orlando moved to .500 on the season and to Evan Fournier's game-winning three-pointer with 3.1 seconds left in overtime. Fournier led the Magic is 26 points.

Indiana sent the 76ers to 0-12 on the season, keeping them as the only winless team in the NBA. Philadelphia turned the ball over an astonishing 31 times in the game.

Kings point guard Rajon Rondo recorded his thrid triple-double in the last four games, but it wasn't enough to push a floundering Sacramento squad past the Hawks in Atlanta.

Houston won in their first game since firing head coach Kevin McHale, using 45 points from James Harden and a game-tying three from Corey Brewer with two seconds left that forced overtime to beat the Blazers.

Russell Westbrook had a domiant 43-point, nine-rebound, eight-assist performance while leading the Thunder past the Anthony Davis-less Pelicans, who dropped to 1-11 on the year.

Tony Parker had his best game of the season, scoring 25 points to lead the Spurs past the upstart Nuggets.

Utah turned a sloppy start into a win thanks to a dominant fourth-quarter and 18 points and 11 rebounds from Derrick Favors.

Chicago won their fourth straight game thanks to Jimmy Butler's 32 points, 14 of which came in the fourth quarter.

Fired Rockets coach Kevin McHale has been offered a job with the Boston Celtics.