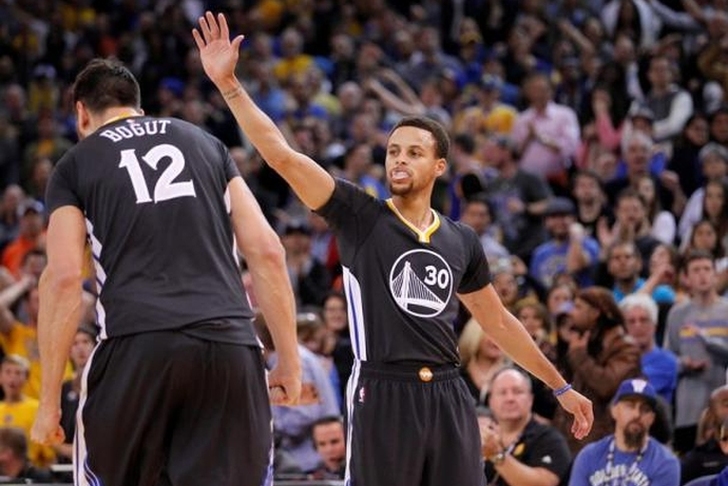 Saturday's seven-game slate of NBA action was stocked full of close games, including two that weren't decided until overtime. Check out a quick recap of all the games that took place last night along with all of the latest news and rumors in our NBA Roundup:

The Clippers outscored the Pistons 50-36 in the second half to pull off the comeback victory, led by Jamal Crawford's 37 points.

Washington snapped a three-game losing streak thanks to 23 points from Kris Humphries, who hit a career-high five three-pointers in this one.

Dallas started strong and led 57-34 at halftime, then held off a late Rockets rally in the fourth quarter to preserve the victory. Raymond Felton led the way with 23 points.

LeBron James did all he could for the Cavs, forcing overtime with a dunk with 16 seconds left on his way to a 37-point, 12-rebound night. However, the Bucks responded in the extra periods as seven players scored in double figures on their way to the narrow victory.

San Antonio won their fourth straight game behind LaMarcus Aldridge's 17 points and 19 rebounds to send the Sixers to 0-10.

French-born players issued their thoughts and prayers to their countrymen affected by the Paris tragedies on Friday while they continued playing with their respective NBA teams over here in North America: “It’s just a crazy world. You think you’re safe, you’re just walking down the street and the next thing you know, people start shooting,” New Orleans Pelicans center Alexis Ajinca said. “My prayers go to my family and friends.”

Cleveland Cavaliers star guard Kyrie Irving has been cleared for "weight-bearing activities" as he continues his recovery from surgery on his left knee, per Chris Haynes of the Cleveland Plain Dealer.

The Washington Wizards are going to keep their free-agent pitch to Kevin Durant "low-key and simple," reports Sean Deveney of the Sporting News.

Speaking of Kevin Durant, the Miami Heat are prepping for a pitch of their own next summer. The Miami Herald's Barry Jackson indicates that Miami has left room on next year's salary cap ledger to make a run at free agents like Durant, DeMar DeRozan, and Al Jefferson.

New York Knicks head coach Derek Fisher is aware that he needs to do a "better job" all together, per a report by ESPN.com's Ian Begley.

Andre Drummond intends to re-sign with the Detroit Pistons in restricted free agency next summer, he told Yahoo! Sports earlier this week.

Miami Heat swingman Gerald Green says he's "ashamed" of the incident which led to his two-game suspension for conduct detrimental to the team, per Manny Navarro of the Miami Herald.