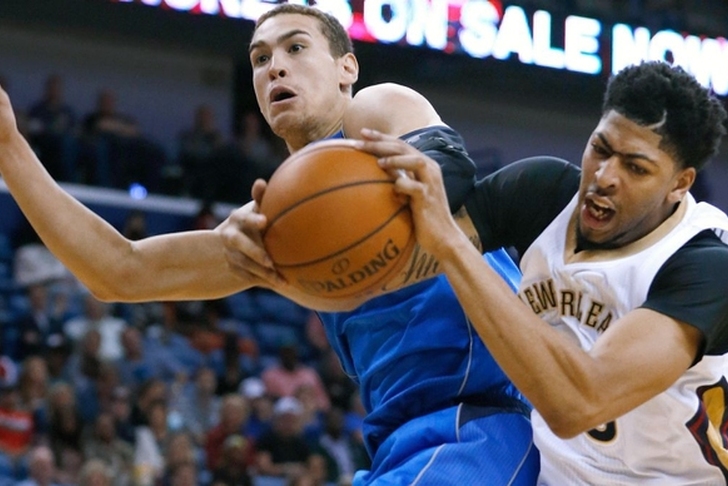 Tuesday's seven-game slate of NBA action marked the two week point of the season, and it didn't disappoint. Check out a quick recap of all the games that took place last night along with all of the latest news and rumors in our NBA Roundup:

Cleveland extended their winning streak to seven games thanks to 17 fourth-quarter points from LeBron James.

Kevin Durant's return to D.C. was cut short as he left the game in the third quarter with a strained left hamstring, but point guard Russell Westbrook picked up the slack, recording a triple-double (22 points, 11 rebounds, 11 assists) in OKC's blowout victory.

Miami used big nights from Chris Bosh (30 points, 11 rebounds) and Hassan Whiteside (19 points, 15 rebounds in 27 minutes) to control this one from the start. The Lakers were playing without Kobe Bryant, who sat out with a back problem he called "wear and tear."

New York's comeback victory over Toronto was marred by a controversial finish in which the Knicks kept the ball with under 20 seconds to play despite Carmelo Anthony stepping out of bounds. Forward Lance Thomas subsequently made two free throws to give the Knicks the lead and the Raptors their first home loss of the season.

Boston used a 18-2 run to close the third quarter to turn this close game into a blowout, giving Boston their second straight win.

Charlotte outscored Minnesota's bench 57-23, headlined by 37 combined points from Jeremy Lin and Jeremy Lamb, to win for the third time in four games. Ricky Rubio and Andrew Wiggins sat out for the Timberwolves with knee injuries.

New Orleans picked up their first win of the season thanks to a strong first half, but forward Anthony Davis left the game at halftime with a hip injury.

Davis' injury was classified as a bruised hip and is listed as day-to-day.

The Miami Heat traded point guard Mario Chalmers to the Memphis Grizzlies in a four-player swap.

Durant also said he doesn't expect to miss a lot of time with the strained hamstring he suffered in their win over the Wizards.

Sacramento Kings center DeMarcus Cousins said the team has "some issues in-house" they are dealing with, according to James Ham of CSNBayArea.com