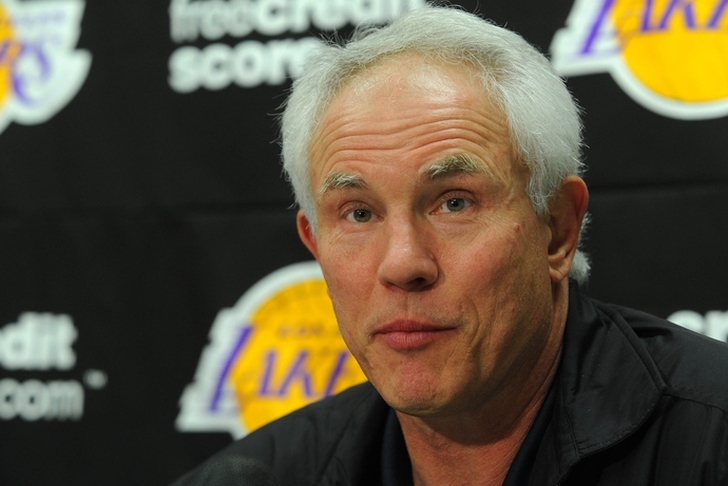 The NBA Playoffs are in full swing as we approach the start of the conference finals, but many teams from around the league have already shifted their focus towards next season and the NBA Draft. Here's all the latest news and rumors from across the NBA:

Lakers to trade draft pick?
The Los Angeles Lakers hold the second-best odds in tonight's NBA Draft Lottery, and if they get one of the top two picks, they will draft either LSU's Ben Simmons or Duke's Brandon Ingram. However, if they pick falls out of the top three picks, it will go to the 76ers.

If the pick ends up being No. 3 overall and they can't draft Simmons or Ingram, the Lakers may look to trade the pick, according to ESPN's Chad Ford.

Multiple sources said at the combine this week that they expect the pick to be in play if it's No. 3 -- with the Lakers looking for a young veteran in return.

LeBron's lifetime deal with Nike worth over $1 billion
Nike didn't disclose the terms of the lifetime deal they signed LeBron James to, but LeBron's business partner, Maverick Carter, provided a little bit more clarity in an interview with GQ:

How much was the deal for?

Come on, Mav! Can you ballpark it?

What are people saying?

Kanye said a billion. So a billion.[Maverick smiles and points one finger skyward.]

Yeah. It's a fantastic deal. Nike feels great about the deal. That's the most important thing. As great as I feel, as great as LeBron feels--Nike feels fantastic about it. It's the largest deal in the history of the company. Their hope is he makes even more. And our hope is that, too, obviously.

In summary, LeBron's deal with Nike is worth over $1 billion. We still don't know how much over, but the $1 billion number is a shocking figure.