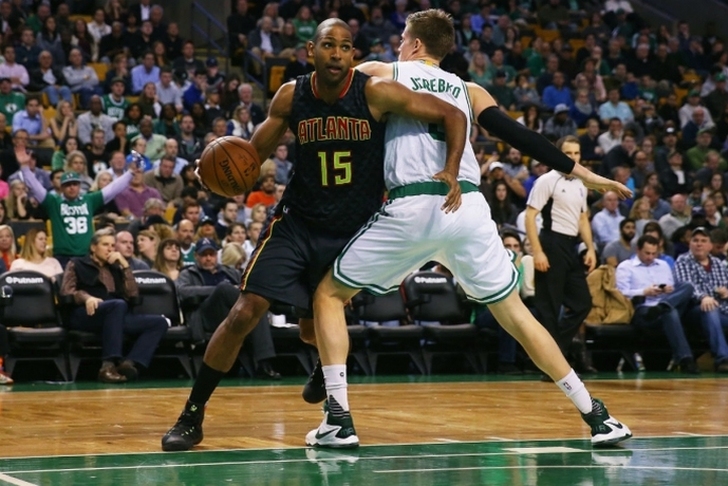 The NBA rumor mill has been eerily quiet after the NBA trade deadline passed, but a few intriguing tidbits of news and information have arose as we move closer to the playoffs and teams start to look to the offseason. The biggest story will always be Kevin Durant's impending free agency following the conclusion of the season, but he has yet to tip his hand has to his offseason plans. Check out the latest NBA news and rumors below:

Horford to Celtics this summer?
The Boston Celtics expressed interest in making a trade for Atlanta Hawks center Al Horford prior to the deadline, but talks never really progressed into anything tangible. The Vertical's Adrian Wojnarowski said that's because the Celtics didn't want to give up any of their assets, but they plan to heavily pursue him in free agency this summer.

“There’s two things Boston has here in the next two months,” Wojnarowski said. “They have Brooklyn’s draft pick, which very well could be top four, top three. It will also give them a chance to use that as a trade chip. Again, they had it at the trade deadline and they didn’t find a player of the stature they needed to move that pick.

“But then in summer free agency, part of the reason sources tell me that Boston didn’t make an immense offer to Atlanta for Al Horford was because Horford is a free agent this summer. Boston feels like it’s got a real chance to get Horford in free agency. I think Danny Ainge’s patience is going to pay off. They’re going to get a chance to better this team, and I think the opportunity is coming either around the draft or after in free agency.”

Horford, who made the All-Star team this season, is averaging 15.2 points and 7.2 rebounds per game for the Hawks.

No problems with Jimmy Butler's knee
Chicago Bulls guard Jimmy Butler has missed the past month with a left knee strain, but he is expected to return to the court soon, reports CBS Sports' Ken Berger.

Derrick Williams to opt-out of contract, join Lakers this summer?
Forward Derrick Williams chose to sign with the New York Knicks over the Los Angeles Lakers in free agency last summer, but with an opt-out option in his contract after this season, he could decide to sign with LA this summer. Ahead of New York's game against the Lakers this week, he told the New York Post's Marc Berman that he's excited about being back in Los Angeles:

“That’s my home,’’ Williams said. “I’m from L.A., Orange County. I love it but at the same time I’m here, love playing in New York, home away from home. This weekend will be great. I haven’t been home since August. It’s always great to play before family and friends. I can’t wait to go back.

"I felt like I picked the right spot where I wanted to be — that was New York to play with Carmelo [Anthony], I knew they had a great pick in KP, all the pieces we have here. We haven’t played well the last month, but I don’t think it sums up our whole season.’’

Williams is averaging 8.8 points and 3.3 rebounds per game off the bench this season.