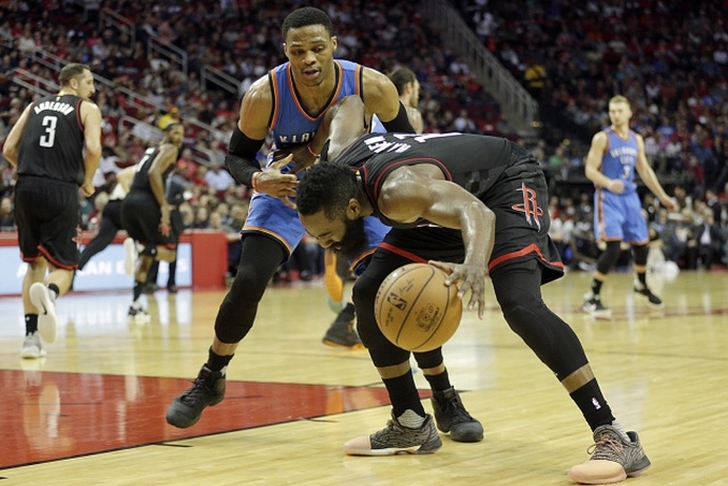 As the NBA regular season passes the halfway point, only a handful of players have cemented themselves as legitimate MVP contenders. Most of the names are familiar, but the historic numbers being put up by Russell Westbrook and James Harden have created an interesting duel between two players trying to win the award for the first time in their respective careers. LeBron James has dropped off our top five list for the first time this season due to Cleveland's recent struggles, but he could very easily be on this list next week. Here's how the MVP race is shaping up so far this season:

Once again, the Spurs have been sneaky good this season, posting a 35-9 record. Leonard has been the driving force behind that start, averaging career-high 25.5 points per game, along with 5.7 rebounds, 3.2 assists and 1.8 steals. Kawhi's offensive game is starting to match his defense greatness, posting six straight games with at least 30 points before being benched for rest against the Nets on Monday. 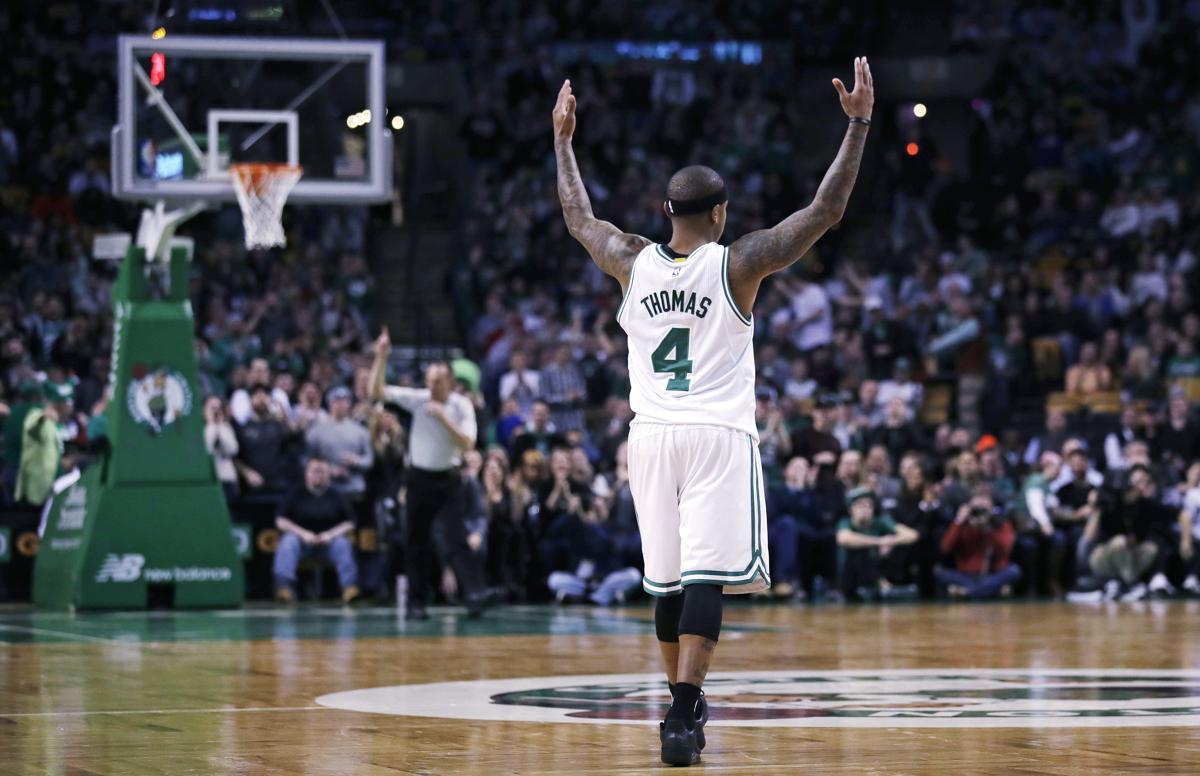 Boston has been red hot over the past month as they've soared into the No. 3 seed in the East, and Thomas' play can be directly attributed to that. He ranks second in the league in scoring with 29 points per game despite taking just 19.7 shots per game. Only three players - Shaquille O’Neal, Karl Malone, and Adrian Dantley - have ever averaged 29 on 20 or fewer shots. For the record, all three of those players are in the Hall of Fame.

However, Thomas is best in the fourth quarter. He's averaging 10.1 points in the final frame this season , which is the most of anyone since the league started tracking quarter-by-quarter stats in 1996. That is the calling card that puts him on this list.

Durant has replaced Stephen Curry - the reigning two-time MVP - as the leading candidate for this award on Golden State's roster. Not only are his stats excellent (26.1 ppg, 8.6 rpg, 4.7 apg), but he's also playing more efficiently than ever. He is shooting an amazing 54.3 percent from the field, and more impressively, is averaging a career high in blocks (1.7 per game) and a career-low in turnovers. He's doing it all right now, showcasing the all-around game he rarely did in OKC.

There is a clear line between the top two players on this list and rest of the pack, and Harden's play is a huge reason why. The Rockets have been the biggest surprise this year as Harden has flourished as the point guard in head coach Mike D'Antoni's up-tempo system, ranking first in the league in assists (11.6 per game) and fourth in points (28.6). He also has 13 triple-doubles this season, headlined by the historic 53 points, 17 assists and 16 rebounds he put up on New Year's Eve against the New York Knicks. That made him the first player in NBA history to record at least 50 points, 15 rebounds and 15 assists in a single game.

If Houston continues to challenge the top teams in the West in the second half of the season, Harden will be in position to claim the MVP if Westbrook stops averaging a triple-double.

Westbrook spoiled us with his triple-double streak to the point now where it feels like he didn't have a great game if he doesn't have one - and that is absolutely not the case. Westbrook already has 22 triple-doubles on the season and is still averaging a triple-double per game (30.8 points, 10.4 assists, 10.6 rebounds), trying to become just the second person in NBA history to accomplish that feat. He carries a flawed Thunder every night with amazing consistency.

You can make a very real case with Harden because of his absurd numbers and how much better the Rockets are this year, but as long as Westbrook is accomplishing the historic feat of averaging a triple-double, it gives him the edge.