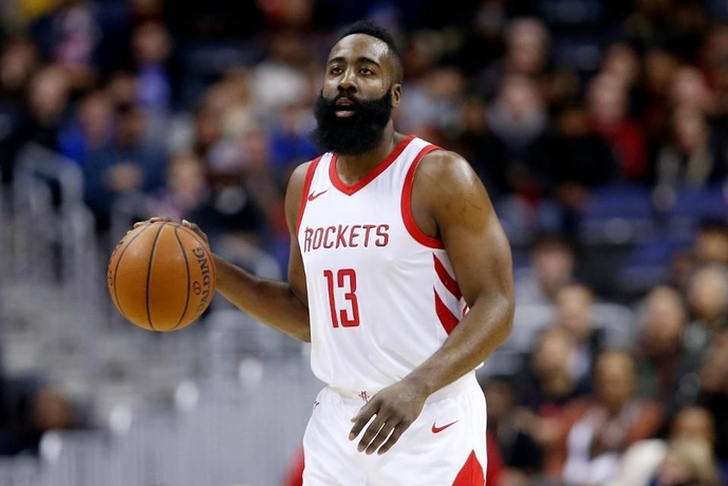 The NBA season is well past the halfway point as we've finally reached the All-Star break and Houston Rockets star James Harden has asserted himself as the clear frontrunner in the MVP race - an award he's trying to win for the first time after finishing in second twice. However, there are several contenders right on his heels. With that in mind, here are the top five MVP contenders so far this season:

Antetokounmpo continues to post crazy stat lines on a nightly basis and has one of the best all-around games in the league, but Milwaukee's inconsistencies as a team have kept him from moving higher in the race. However, if the Bucks can continue their level of play after firing head coach Jason Kidd (9-2 since his firing), Giannis will become more of a factor.

Westbrook is following up his MVP season with another ridiculous season, posting 17 triple-doubles and coming 0.6 rebounds away from averaging one for the second straight season. Now that Oklahoma City has bounced back from their early-season struggles, he has entered the conversation - but OKC needs to go on an absolute tear in the second half for him to win the award.

You could really put Stephen Curry on here instead of Durant, but we're going with Durant right now given Curry's struggles over the last two weeks - and the fact that Durant just dropped 50 points against the Trail Blazers (though it came in a loss). The fact that Durant's defense (he's a top candidate for Defensive Player of the Year) is now somewhat comparable to his offense, it's no surprise to find him here.

LeBron has been rejuvenated after Cleveland's trade deadline moves, and the result is that the Cavs, once again, look like the best team in the Eastern Conference. He's still the best player in the sport and has two triple-doubles in his last four games.

You know it is only a matter of time before Harden wins the MVP for the first time, and it's looking like this is that year. The Rockets have the best record in the NBA largely thanks to Harden and is the biggest reason why they're a legitimate threat to knock off the Warriors in the West. He leads the league in scoring and ranks third in assists - it's his award to lose.