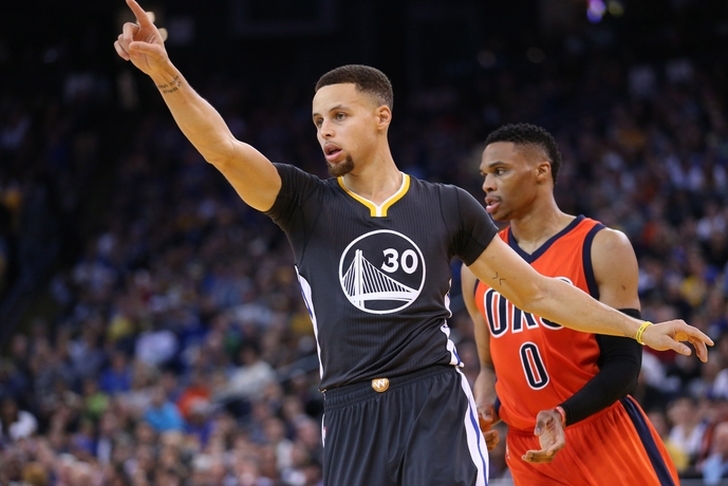 Last year's NBA MVP race was a hotly contested battle between Stephen Curry and James Harden. This year? Not as much.

Despite resurgent seasons from past winners in LeBron James and Kevin Durant, Curry has simply run away with the award while spearheading Golden State's historic season. His greatness is revolutionizing the way the game is played, but there are still several other players having remarkable seasons worth noting. Here are the top five players in the MVP race heading into the last few weeks of the season:

The reigning Defensive Player of the Year has drasticall improved offensively (21.0 ppg), but his defensive is every bit as good as it's always been. On top of averaging 1.8 steals per game, Leonard has the ability to completely shut down the opposing team's best player, and has continued to do so this year. Finally, he is now a true superstar and is challenging LeBron James as the best all-around player in the league.

LeBron has put up a good stat line to this point, averaging 25.0 points, 7.4 rebounds, and 6.6 assists per game this year while carrying an often injured Cavs team to the best record in the Eastern Conference. He's no longer the unquestioned best player in the world, but he's still in the conversation - and putting up eye-popping numbers every single night. 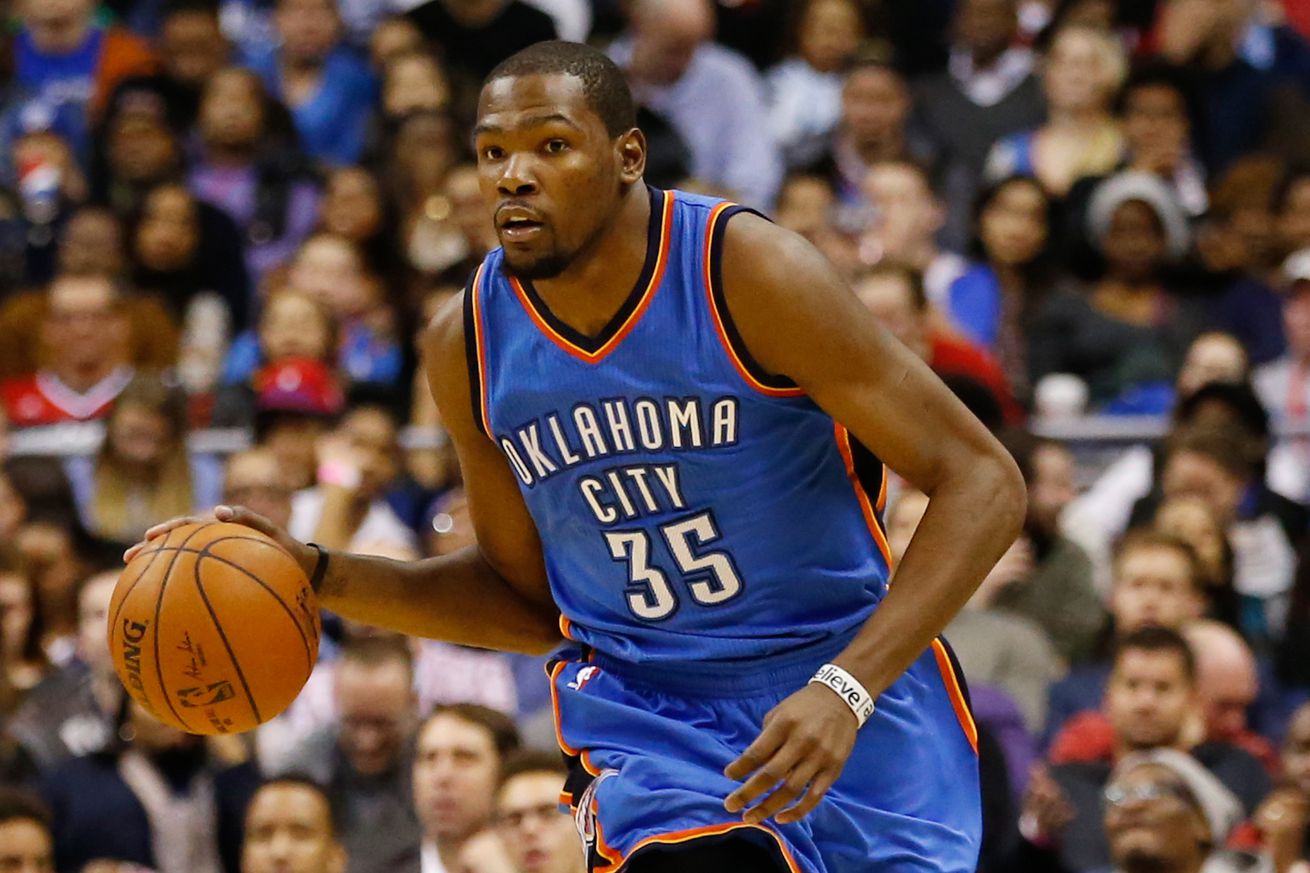 Durant has returned to his dominant ways this season, showing no ill effects from the various foot injuries that limited him to just 27 games last year. He's playing more efficiently than he ever has before (28.18 PER) while still putting up amazing numbers (28.0 ppg, 8.3 rpg, 5.0 apg) and shooting 50.8 percent from the field. Most impressively, he has scored at least 20 points in 60 consecutive games. You can really flip Durant and Westbrook any way you see fit, as they've both been dominant this season.

Westbrook (23.7 ppg, 10.4 apg, 7.7 rpg) has been on an absolute rampage this season. He's the most athletic player in NBA history, and plays with unmatched ferocity and intensity. Critics point to the multitude of shots he takes as a point guard, but with unmatched speed and quickness, a good three-point shot, deadly pull-up jumper, and insane finishing ability, it's easy to see why Westbrook has become one of the best players in the NBA. Also, his 16 triple-doubles this season are tied for the second most in NBA history. Curry's star has never been brighter and is clearly the best player in the world. Leading the NBA with 30.0 points per game, Curry is shooting 50.6 percent from the field and a ridiculous 45 percent from three while averaging 6.6 assists and 5.4 rebounds per game. He also has shattered his own record for most three-pointers made in a single season, dropping 350(!!!) so far this season - good for five per game.

Oh yeah, he's also the best player and clear leader of a team that is on pace to set the mark for best record in league history (66-7).