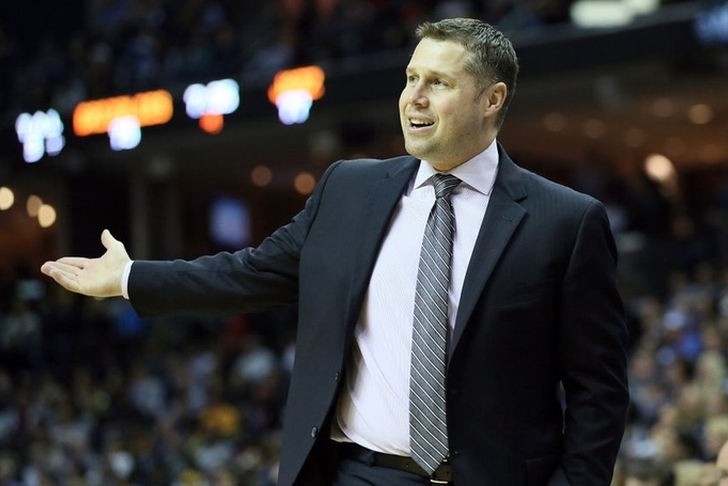 The NBA coaching carousel starting turning after the regular season ended, but it's now in full swing after the first round of the players. The Indiana Pacers and Memphis Grizzlies fired successful coaches in Frank Vogel and Dave Joerger, respectively, at the end of this week, creating two new openings - and putting two more highly desired coaches on the market. Here's all the latest news and rumors from around the league:

Sources: For second time in three years, Joerger was seeking Memphis permission to talk with other teams on vacancies. Grizzlies let him go.

Joerger to Sacramento?
Joerger has now moved to the top of the Kings' wishlist after he expressed interest in them, Wojnarowski continued.

Sacramento has been pushing hard for permission to speak to Dave Joerger and he's moved to top of Kings' list, sources tell @TheVertical.

What now for Memphis?
The Grizzlies have been quick to turn their attention to Vogel, and he's now their favorite candidate to take over that job. However, there may be some problems with that:

Vogel definitely on Grizz radar, but Memphis knows his NY ties & if Knicks are serious about him, Grizz can’t/won’t get into bidding war.

Turns out, the Knicks are serious about him:

Knicks have interest in Vogel
The New York Knicks have "reached out" to Vogel about their vacant head coaching position, according to ESPN New York's Ian Begley:

The New York Knicks have reached out to Frank Vogel's agents to gauge the ex-Indiana Pacers coach's interest in the club's coaching vacancy, league sources confirmed to ESPN.

The contact, preliminary in nature, was made by Knicks general manager Steve Mills, according to sources.

The Pacers parted ways with Vogel on Thursday. Team president Larry Bird said it was "time for a new voice" and decided not to offer Vogel a new contract.

Vogel does have ties to the Knicks, serving as a scout under president Phil Jackson with the Lakers in the 2005-06 season.