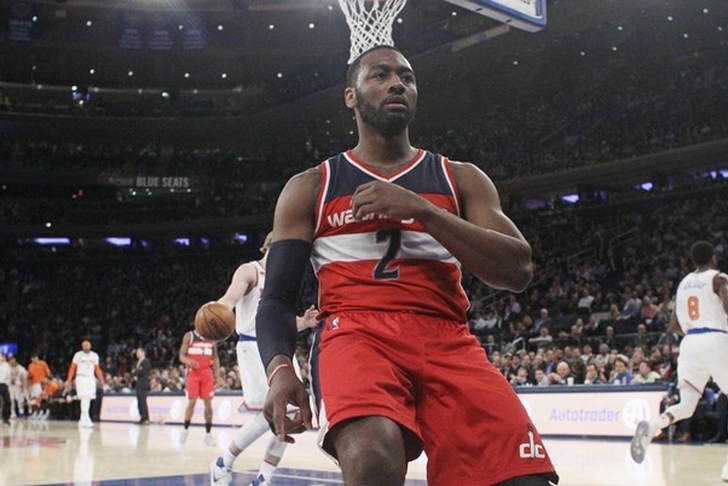 The NBA offseason is starting to kick into gear with the draft now approaching, and that has led to some clarity around what could happen with some of the big names linked to trades and free agency. With only three teams still competing, the rumor mill around the NBA is kicking into high gear. Here are all the latest NBA rumors you need to know.

Wall hesitant to commit to Wizards long-term
After a successful postseason, the Washington Wizards have said their top priority this offseason is to sign John Wall to a long-term extension. However, Wall is a bit hesitant about signing an extension and wants to see the team's "bigger picture plans," according to J. Michael of CSN Mid-Atlantic.

The Wizards haven't reached out to John Wall yet, but they expect to discuss an extension this summer with the four-time All-Star since he was named to the All-NBA for the first time in his seven-year career.

An extension with Wall will be the top priority of the offseason in which Otto Porter is also a restricted free agent, league sources tell CSNmidatlantic.com.

From league sources close to the situation, Wall wants to see a bigger picture plan on where the franchise is headed before committing for longer. The Wizards won 49 games this season and advanced to the conference semifinals for the third time in four years.

Knicks targeting P.J. Tucker, Jonathon Simmons
The New York Knicks are already identifying some of their free agent targets with a focus on improving their wing depth. According to ESPN's Ian Begley, New York wants to sign P.J. Tucker and Jonathon Simmons:

The club has preliminary interest in veteran free agent P.J. Tucker, per league sources. Jeff Hornacek coached Tucker in Phoenix and praised him last season as a strong locker-room leader and intense defender. Tucker shot 35.7 percent from beyond the arc last season, including a 40 percent clip after being traded to the Toronto Raptors.

Many in the Knicks organization are also high on Spurs wing Jonathon Simmons (as are 29 other teams). But Simmons will be a restricted free agent, so San Antonio can match all offers made to the 27-year-old.

The Knicks have $19 million in cap space to spend this offseason, and both Tucker and Simmons are noted defenders. Tucker averaged 6.7 points and 5.9 rebounds per game this season, while Simmons averaged 6.2 points and 2.1 rebounds per game. However, Simmons did average over 10 points per game in the playoffs, including 15.3 points, 3.3 assists and 2.8 rebounds against the Warriors in the Western Conference Finals.

Millsap opts out of contract with Hawks
Atlanta Hawks forward Paul Millsap has declined is player option for the 2017-18 season to become an unrestricted free agent, according to Shams Charania of The Vertical.

Atlanta Hawks All-Star forward Paul Millsap has opted out of his $21.4 million contract for next season to become a free agent, league sources told The Vertical.

Atlanta has publicly stated that Millsap will be a top priority in July free agency, and Millsap has expressed interest in re-signing.

Millsap averaged 18.1 points and 7.7 rebounds per game this past season.