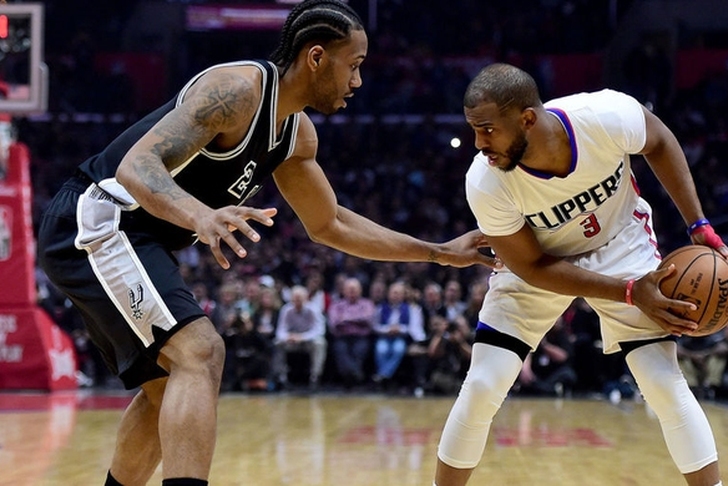 The NBA offseason is starting to kick into gear with the draft now approaching, and that has led to some clarity around what could happen with some of the big names linked to trades and free agency. With only two teams still competing, the rumor mill around the NBA is kicking into high gear. Here are all the latest NBA rumors on free agency you need to know.

Spurs And Chris Paul
Perhaps the biggest name who could hit the open market in free agency is Chris Paul of the Los Angeles Clippers. If he leaves the Clippers, the San Antonio Spurs appear to be the biggest threat. Zach Lowe of ESPN thinks there is mutual interest between the Spurs and Paul. The Clippers also fear the lure of San Antonio.

The Spurs' lack of cap space is a major hurdle for the two parties to clear, especially given that he'd be turning down a much more lucrative deal with the Clippers. If several Spurs players opt-in with their player options, the club could have less than $10 million in cap space.

Source close to the team says that Nets will again be aggressive with RFAs this summer. Kentavious Caldwell-Pope & Otto Porter are targets.

Timberwolves Want Derrick Rose
The Timberwolves reportedly want to reunite head coach Tom Thibodeau with his former player. Ian Begley of ESPN reports the Timberwolves are interested in adding point guard Derrick Rose this offseason. Before the trade deadline, the Knicks and Timberwolves had discussed a trade centered around Ricky Rubio and Derrick Rose. The relationship between Rose and Thibodeau would likely play a big role in both side's interest. Rose has a history of injuries and that will likely drive down his asking price.