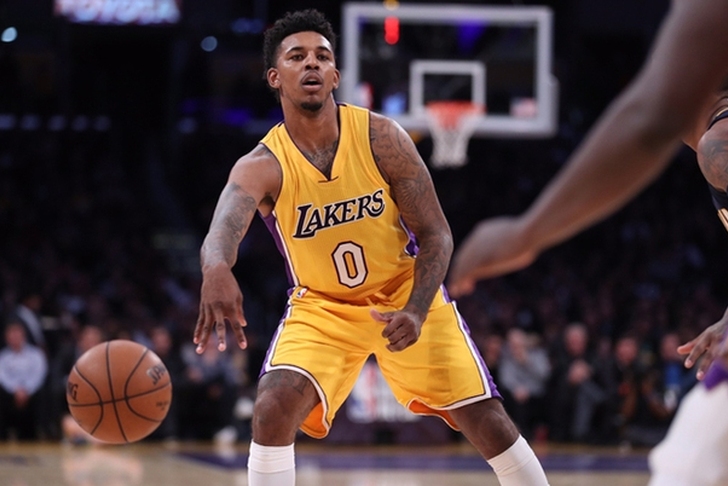 Day 2 of NBA free agency is nearly in the books, and several of the top players available have already agreed in principle to contracts with teams - even though deals can not become official until July 6. Both Kyle Lowry and Serge Ibaka have agreed to re-sign with the Toronto Raptors, but there are still plenty of impact players available, most notably Gordon Hayward. Here are all the latest NBA free agency rumors and news you need to know:

Sources tell me the Warriors are in pursuit of Swaggy P. They believe their locker room can handle, even do some good for, the reputed eccentric guard. And after his production last season with the Lakers last season, the Warriors think he can be potent surrounded by all their talent.

Young, who is 32 and entering his 11th season, set career-highs in 3-point percentage (40.2) and true-shooting percentage (.588) under former Warriors assistant Luke Walton. The 6-7 shooting guard doesn’t do much else but shoot, but on a second unit with Kevin Durant and Klay Thompson, he stands to get a few open looks.

Can the Warriors get him for the minimum? Doubtful. But they are willing to use the mini mid-level exception.

Young, who declined his player option with the Los Angeles Lakers for next season, averaged 13.2 points per game while shooting 40.4 percent from three-point range in 25.6 minutes per game off the bench.

Since he's a restricted free agent, the Washington Wizards can match any offer sheet Porter signs, and they plan to do so.

Otto Porter still has more meetings to take, but sources say the Wizards are adamant that they'll match any and all offers.

Porter averaged career-highs across the board last season with 13.4 points and 6.5 rebounds per game while shooting 51.6 percent from the field and 43.4 percent from three-point range.

Knicks, Shelvin Mack have "mutual interest"
The New York Knicks are looking to acquire a point guard in free agency and they've reached out to a few veteran options, including Rajon Rondo, George Hill and Darren Collison.

However, it appears that Shelvin Mack has emerged as their top target, according to Tony Jones of the Salt Lake Tribune.

New York selected French point guard Frank Ntilikina with the No. 8 pick in the draft, and the Knicks view Mack as a cheap bridge starter who can hold down the starting job until Ntilikina is ready to assume the role.

Mack averaged 7.8 points, 2.8 assists and 2.3 rebounds in 21.9 minutes per game off the bench for the Utah Jazz this past season.