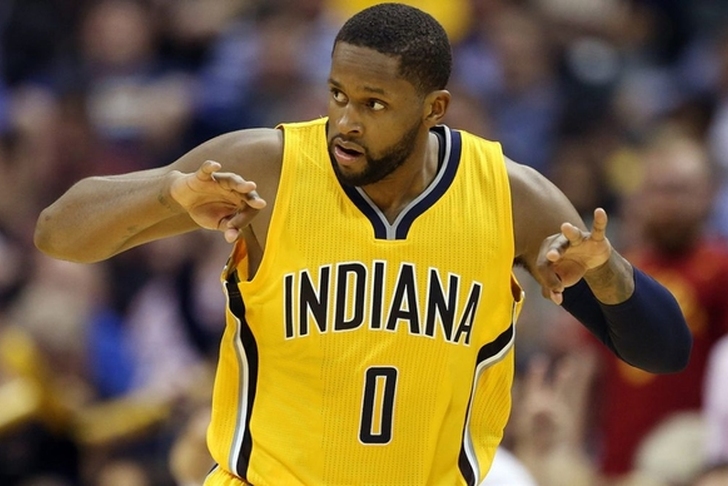 NBA Free Agency is in full swing, even after Gordon Hayward finally announced his decision. Several notable players are still unsigned, but that might not remain the case for much longer. Here are all the latest NBA free agency rumors and news that you need to know:

Dion Waiters Close To Decision
One of the top free agents left, it appears that Dion Waiters has narrowed down his list and is close to a decision.

Miami helped Waiters have a career year and that's upped his value. The Lakers have Waiters' former agent, Rob Pelinka, as their GM. Steve Mills, the Knicks GM, once tried to trade for Waiters with New York. All three teams could use the shooting guard. The Lakers are likely only offering a one-year contract.

C.J. Miles Sign-And-Trade
With Nick Young and Hayward finding homes in the last 24 hours, Miles is one of the best shooters and swingmen on the market. The Pacers are open to sign-and-trades involving Miles and might get a deal done soon.

Hear one scenario Indiana is open to: taking on Aldrich + the 2018 OKC pick in a sign-&-trade for Miles. #Twolves can still be creative.

Sounds like Indiana working on a Miles sign-and-trade with at least one other team, and further along w/ them than with the #Twolves.

The other team Wolfson mentions is still not known. The Timberwolves and Miles would be a perfect fit, because Minnesota badly needs shooting. Miles hit over 40 percent of his 3-pointers last year.

Kenneth Faried Trade?
With the Nuggets adding PF Paul Millsap, Kenneth Faried's time in Denver might have run out.

With Paul Millsap joining Nuggets, teams are calling about Kenneth Faried. Denver has shopped him before; don't be surprised if he's moved.

It's unclear which teams are interested in adding Faired. The 27-year-old has battled injuries and is coming off a down season. He put up just 9.1 points and 7.6 rebounds per game.