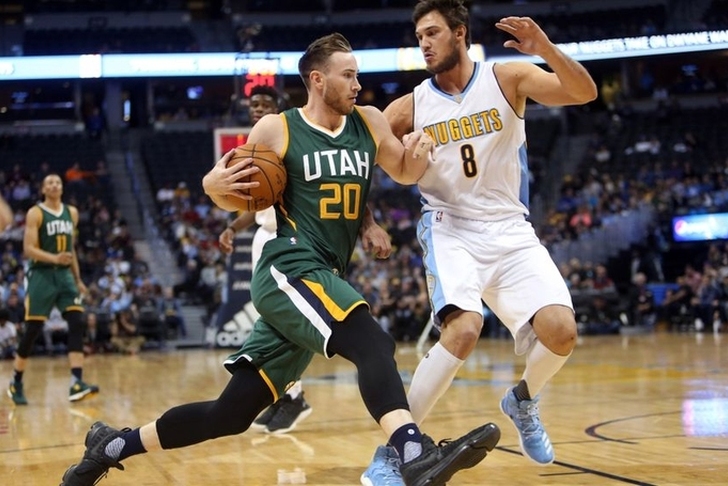 NBA Free Agency remains in full swing, with several top players still unsigned. The top player is still Gordon Hayward, who is expected to make his decision today. Here are all the latest NBA free agency rumors and news that you need to know:

Danilo Gallinari Sign-And-Trade
Gaillinari is on the verge of becoming a member of the Los Angeles Clippers, thanks to a rare double sign-and-trade. Adrian Wojnarowski has the details over at ESPN, and there below.

Clippers Get: Danilo Gallinari (from DEN)
Nuggets Get: Paul Millsap (from ATL), compensation (exact details unclear)
Hawks Get: Jamal Crawford, Diamond Stone and 1st round pick (all from LAC)

The Hawks could and Nuggets could be in line for more pieces as well. Denver doesn't need to do a sign-and-trade for Millsap, but the Clippers had to. Crawford will likely be waived after the trade. Gallinari will get a three-year, $65 million deal from Los Angeles.

Gordon Hayward will sleep on his decision to go to Utah, Boston, or Miami, I'm told. Another July 4 declaration it is...

It's a toss up between those three teams. The Jazz are the only team Hayward has played for and can offer him the most money. The Heat have no income tax and the presence of Pat Riley. The Celtics are the best team of the bunch and have Hayward's college coach in Brad Stevens.

Derrick Rose Update
The injury-prone PG is in talks with the Milwaukee Bucks and reportedly wants to play for them.

Told by a Rose confidante that the veteran guard "wants to be in Milwaukee.'' Bucks will have to make a trade to accommodate him, though.

The Knicks had interest in re-signing Rose, but are also open to a sign-and-trade. It's still unclear what the Bucks would send to New York to pull off a deal.