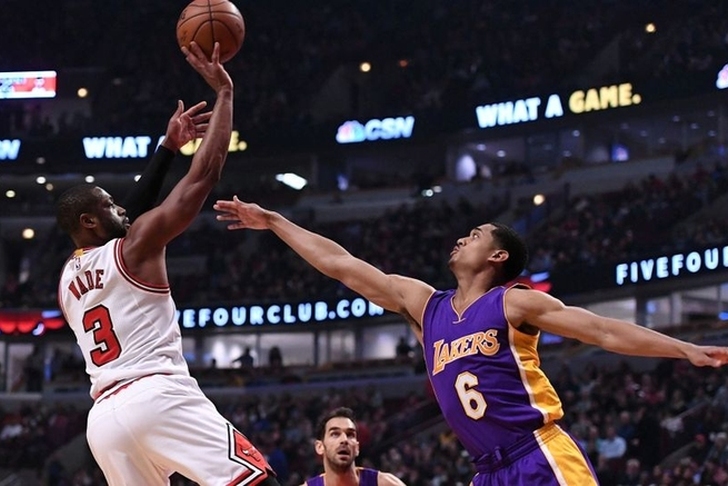 With the NBA Draft now over, teams around the league have turned their attention to upcoming free agency, which starts on July 1. Several big names figure to be available, namely Gordon Hayward, Chris Paul and Blake Griffin, which will lead to another summer of intrigue. Here are all the latest news and rumors you need to know:

Pat Riley doesn't think top free agents will change teams
While many teams are trying to lure Hayward, Paul and Griffin from their current teams, Barry Jackson of the Miami Herald reports that Miami Heat president Pat Riley thinks all of those players will stay put.

RIley said his understanding is most of the great free agents will re-sign with their teams.

Riley and the Heat are known to be pursuing both Hayward and Griffin.

Lakers won't be players on open market
The Los Angeles Lakers are trying to create cap space to sign both Paul George and another high quality free agent in the 2018 offseason, and as such, don't plan to be major players in free agency this year, according to ESPN's Ramona Shelburne.

Rob Pelinka says the Lakers will be "sacred" about their cap space for next summer. In other words, look for lots of 1+1 deals

Latest on Dwyane Wade's plans with Bulls
Following the Jimmy Butler trade, many people assumed that also meant Dwyane Wade's future with the Chicago Bulls was done. He had picked up his player option a few days ago, and the team plans to keep him, according to Vincent Goodwill of CSN Chicago.

Dwyane Wade is still taking his player option for $23.8 million next season, according to sources. The Jimmy Butler trade affects nothing

Pax on Wade: "We’ve studied teams who’ve rebuilt. You need veteran presence in the locker room. We’ve yet to talk to him but we will."

Follow our NBA page for all the latest NBA free agency rumors!