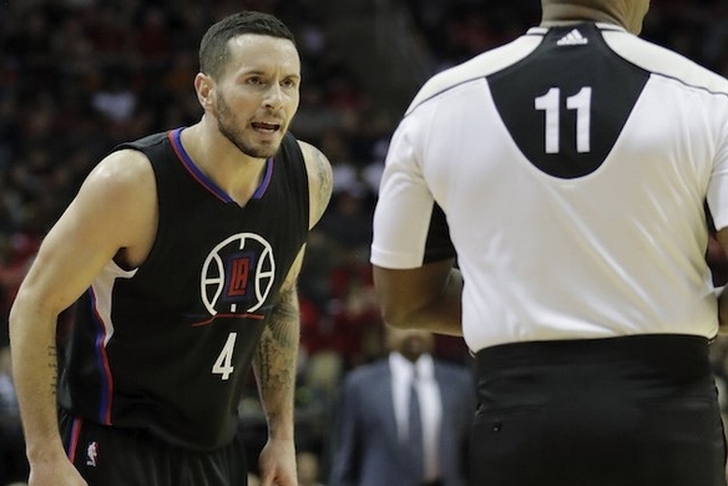 The NBA offseason is starting to kick into gear with the draft order now set, and that has led to some clarity around what could happen with some of the big names linked to trades and free agency. With only four teams still competing, the rumor mill around the NBA is kicking into high gear. Here are all the latest NBA rumors you need to know.

Celtics willing to deal everyone but Horford?
The Boston Celtics own the No. 1 overall pick in the draft, and some think that could used trade bait if Boston wants to deal for a superstar this offseason. According to ESPN's Jackie McMullan (via Hoops Rumors), the Celtics are going to put everyone on the table other than Al Horford in any trade discussions.

The Celtics had the No. 3 overall pick in the 2016 draft and they used the selection to nab University of California’s Jaylen Brown. GM Danny Ainge wanted to acquire another lottery selection in addition to the team’s top-3 pick and he dangled everyone on the team in trade discussions, including Isaiah Thomas, ESPN’s Jackie MacMullan reports.

“Before the draft last year, Danny was trying to get two picks, not just Jaylen Brown,”MacMullan told Bob Ryan on his podcast (h/t Comcast Sportsnet). “He was on the phone with everybody from coast to coast, and he was offering everybody. That includes Marcus Smart and Isaiah Thomas, and anything else they needed to get where he wanted to go. There were no untouchables on that team last year.”

MacMullan believes the only untouchable on Boston’s roster this summer will be Al Horford. The big man signed a four-year, $113MM deal with the team last offseason.

Boston tried to acquire Jimmy Butler and Paul George at the trade deadline, but were unable to reach an agreement for either player. They are also pursuing forward Gordon Hayward in free agency.

Sixers targeting Redick
The Philadelphia 76ers are armed with a great deal of cap space this summer, and while they plan to pursue All-Star point guard Kyle Lowry, they also have their sights set on J.J. Redick, according to Adrian Wojnarowski of The Vertical.

"One player in free agency that's going to be real interesting for Philadelphia is the Clippers' J.J. Redick," Wojnarowski said. "He's going to be in great demand, especially in the Eastern Conference. Brooklyn, the Knicks--if they can clear space--and then Philadelphia.

"So there's a chance to get that shooting, get a veteran that would be tremendous in that locker room to help build a culture and an environment to put around Ben Simmons. Redick is going to be an interesting move for them. They're going to have to pay. He's going to be in that $16-17M range as a free agent. But that's going to play into what Philadelphia does at three."

The Clippers are not expected to re-sign Redick, as they won't have the cap space to offer him a competitive deal. He averaged 15.0 points per game while shooting 44.5 percent from the field and 42.9 percent from three this season.

Waiters wants to re-sign with Heat
Dion Waiters emerged as one of the Miami Heat's key players last season, and even though he is expected to receive a big pay raise on the open market, he would prefer to re-sign with the team, according to Anthony Chiang of the Palm Beach Post.

“I want to be there,” Waiters said Thursday when asked if he wants to return to the Heat during an appearance on The Hochman and Crowder Show on WQAM. “When that time comes and we sit down, we just got to make it happen. Let’s get it over with as quick as possible.”

Getting a deal done with a player who wants to be in Miami sounds easy, but money could end up dictating Waiters’ decision. The 25-year-old is expected to sign the first big contract of his professional career this offseason, as he’s made $19.7 million over his five seasons in the NBA.

After averaging 15.8 points and 4.3 assists in a career-best season with the Heat, Waiters is expected to get contract offers worth around $15 million per season this summer.

“I think I’ll be back [with the Heat],” Waiters said on WQAM. “We just got to make it work and hopefully everything can come together full circle.”

Waiters will decline his $3 million player option for next season in order to become an unrestricted free agent. He averaged 15.8 points, 4.3 assists and 3.3 rebounds per game this season.