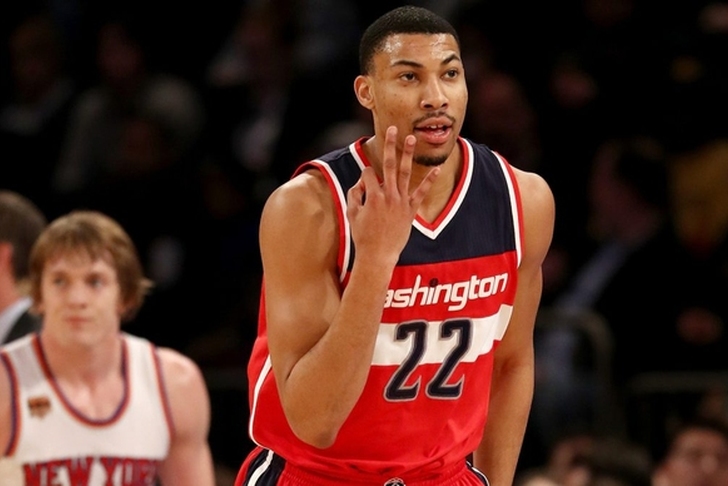 NBA free agency officially started yesterday, and several of the top players available have already agreed in principle to contracts with teams - even though deals can not become official until July 6. That said, there are still plenty of impact players available, most notably Gordon Hayward. As we head into Day 2 of NBA Free Agency and all the latest NBA free agency rumors and news you need to know:

Cavs, Rockets trade talks "significantly stalled"
The Cleveland Cavaliers and Houston Rockets were engaged in talks yesterday about a trade that would have sent Iman Shumpert to Houston. However, those talks have "significantly stalled" since Houston signed P.J. Tucker last night, according to Shams Charania of The Vertical.

Wizards expected to match all offers for Otto Porter Jr.
Despite being a restricted free agent, Washington Wizards small forward Otto Porter Jr. is receiving a lot of interest from teams on the open market. The Sacramento Kings are meeting with him today and plan to offer him a max contract, but Washington is prepared to match all offers in order to keep him in D.C., according to Sam Amick of USA Today.

Porter averaged career-highs across the board last season with 13.4 points and 6.5 rebounds per game while shooting 51.6 percent from the field and 43.4 percent from three-point range.

"Difficult" for Thunder to sign Rudy Gay
The Oklahoma City Thunder have been the favorite to land Rudy Gay this offseason, and are still interested in adding him even after trading for Paul George, but it does not appear to be likely due to financial complications, according to ESPN's Adrian Wojnarowski.

Gay is still part of the Clippers focus, too. Clippers plan to meet with Danilo Gallinari and Gay over next two days. https://t.co/1FuIErBlVh

OKC had a deal in place to acquire Gay from the Kings prior to last season, but the deal fell through when then-backup point guard Cameron Payne suffered an injury in summer league. Gay averaged 18.7 points and 6.3 rebounds in 30 games last season.