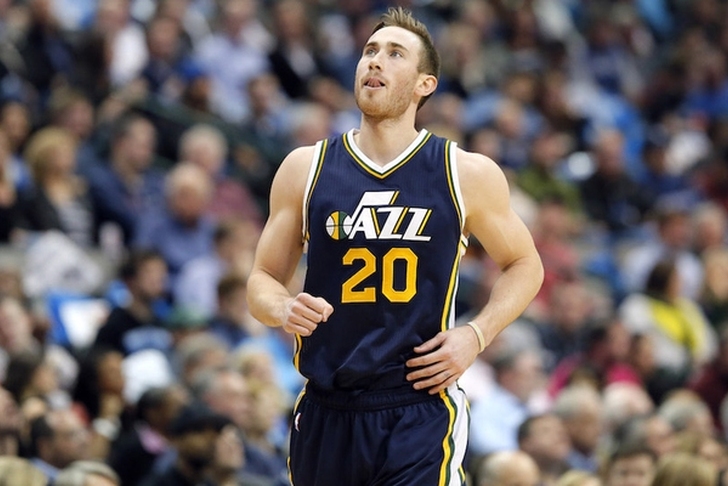 NBA free agency officially started yesterday, and several of the top players available have already agreed in principle to contracts with teams. However, perhaps the best player on the open market is Gordon Hayward, who has yet to make a decision. He visited the Boston Celtics today after visiting the Miami Heat on Saturday, and will meet with the Utah Jazz tomorrow. Here's the latest on his decision:

Heat the favorite for Hayward?
The Heat did have the opportunity to make the first pitch to Hayward, and they apparently knocked it out of the park. According to The Ringer's Kevin O'Connor, Miami is "in the driver's seat" for him.

Things can obviously change after meetings. But Miami clearly should not be underestimated as a destination. It won't be an easy choice.

Hayward did leave without signing a deal, so Miami didn't do enough to lock him up on the spot. However, O'Connor's report makes it clear that the Heat are a real factor in this race.

Details on Celtics pitch to Hayward
Here's everything we know so far about Boston's pitch to Gordon Hayward today, which included a video presentation at Fenway Park and head coach Brad Stevens picking him up from the airport.

My brother just came back from a mission trip to Nicaragua from Miami to Boston and Hayward was on the flight! Here's a picture with them! pic.twitter.com/rvyvFMED9f

Celtics-themed video emphasizing what it's like to play in Boston airing on Jumbotron at Fenway.

Meeting in Jazz will take play in San Diego
While Hayward made it a point to visit both Boston and Miami, he will not be doing his meeting with the Jazz brass in Utah, but will do it in San Diego, according to Jody Genessy of the Deseret News.

Gordon Hayward will meet with Quin Snyder, Dennis Lindsey and Steve Starks in San Diego on Monday, not Utah, according to sources.

Hayward wanted to experience the off-court atmosphere and get a feel for the cities in both Boston and Miami, but since he has spent his entire career with the Jazz, he doesn't have to do that with Utah.

Hayward will make his decision "Tuesday or Wednesday"
Hayward isn't expected to wait a long time to make a decision. After meeting with Utah, he will make a decision by the middle of the week, according to Tony Jones of the Salt Lake Tribune.

My sources tell me he hopes to make a decision by Tuesday or Wednesday. Then, we will all know https://t.co/Dp1xn9fZNe