NBA Free Agency Day 3 Recap: Latest Rumors, Signings And What To Watch For 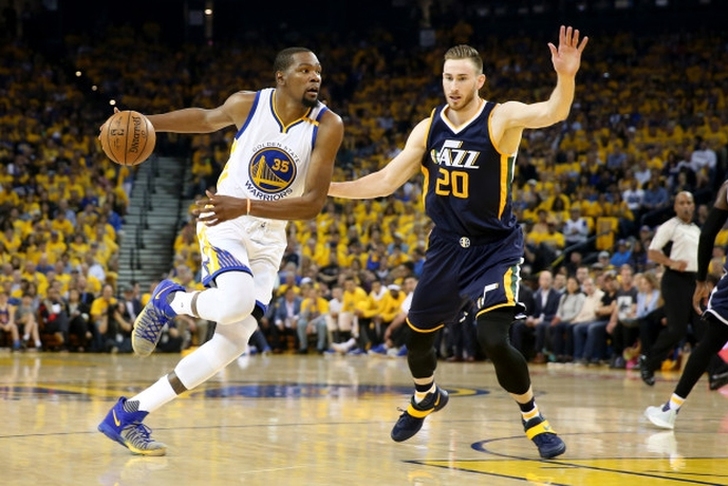 NBA Free Agency is in full swing, with the teams and players already agreeing to deals. Kevin Durant joined that group today, taking less money from the Warriors. The biggest (getable) player remains on open market, as Gordon Hayward has not made his decision. With the third day mostly over, here's what we learned on Day 1 of NBA Free Agency and all the latest NBA free agency rumors and news you need to know.

The day isn't over and there's still the chance for a Woj Bomb. So, we'll update this post if anything else of note happens.

Latest On Hayward
Hayward is the top free agent on the market and had his meeting with the Jazz today. Ricky Rubio, Rudy Gobert and Joe Ingles are at the meeting, with Hayward open to playing with Rubio. The Jazz were Hayward's last meeting, after previously checking in with the Heat and Celtics.

The decision from Hayward might not take long either. The Boston Herald reports that Hayward wants to make his decision by Tuesday or Wednesday. However, Hayward could decide as soon as tonight.

Kevin Durant Re-Signs
Kevin Durant did the Warriors a big favor, re-signing for $25 million. That's nearly $10 million less than he could have. Durant's decision allowed the Warriors to bring back Andre Iguodala and Shaun Livingston, while saving the Warriors a significant amount on the luxury tax. It's almost unfair that the Warriors kept their four biggest free agents (including Stephen Curry) and got Durant to re-sign for less money.

Cavs Miss On Billups
This isn't technically free agency, but the Cleveland Cavaliers won't land Chauncey Billups. He's withdrawn from consideration of the Cavs' president role, in part because the Cavs weren't offering him enough money. Cleveland remains without a general manager in free agency.

Lakers And George Hill
The Lakers are looking for players on one-year deals, and that's led them to George Hill. The former Utah Jazz point guard hasn't found a taker yet, as there is limited demand on the PG market. The Lakers could sign Hill to a large one-year deal, giving them an off-the-ball option, backup PG and veteran mentor to Lonzo Ball. Hill would then be able to return to free agency next year, with a chance to get a longer deal.