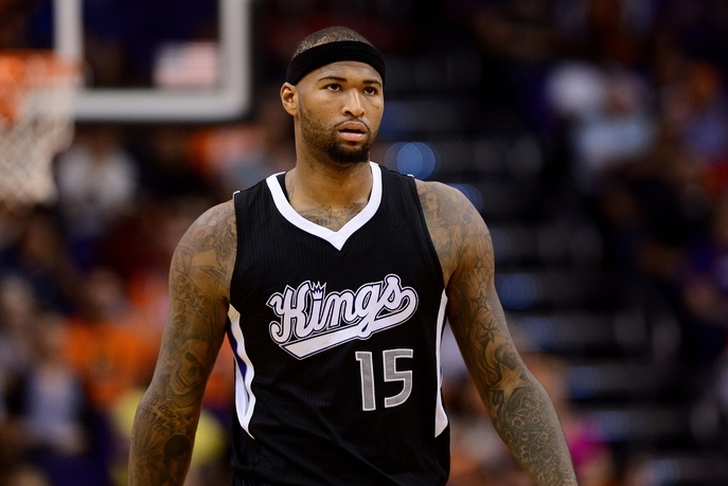 NBA free agency is officially here, and there have already been several moves in the first 24 hours. Players like Hassan Whiteside, Nic Batum and DeMar DeRozan elected to return to their teams. But several players found lucrative deals elsewhere, and the rising cap has a resulted in a windfall for many. The rumor mill is buzzing with meetings and contracts, and we're here to get you caught up on what's happened so far. Here are all the latest NBA rumors and news you need to know.

If you're looking for a full list of all the contract signings, scroll to the bottom of this post.

Celtics Trying To Trade For DeMarcus Cousins?
The Celtics tried to swing a trade for a superstar during the draft, but failed to pull it off. However, they're still trying to land one via trade.

But here's the catch. Brian Lewis of the NY Post has since deleted that tweet, with no explanation. So perhaps there isn't much to the Celtics going after Cousins. Their interest makes perfect sense, but the Kings have not appeared to want to move Cousins. With the tweet since being deleted, it's tough to determine just how much merit it has. The Celtics did reportedly have interest before the draft, so it's not a stretch to think they could still be trying to land Cousins.

Potential Paul Millsap Trade?
With the Atlanta Hawks adding Dwight Howard, they don't have room to afford Al Horford. However, they're still trying to bring him back, even if that means trading Paul Millsap.

Horford could end up on the Celtics or Wizards, who would also likely be interested in Millsap. The Raptors had previously tried to trade for Millsap and could make another run at him.

Sources: Free agent Ryan Anderson walking into his final meeting now -- w/ Houston in LA. Afterward, he will hunker down and make decision.

Anderson is limited on defense, but is one of the best stretch fours in the NBA. When he signs, he'll likely end up with a hefty contract, especially considering what other players have already netted this offseason.

Courtney Lee Latest
Lee is a coveted shooting guard, as several teams are in the market for adding another shooter.

Sources: Add the Sixers to the list of teams interested in Courtney Lee. The Knicks, Kings, Nets and Wolves also want him.

Lee reportedly received a $10 million per year offer from the Knicks, but might be able to find more elsewhere. Don't except him to rush his decision.