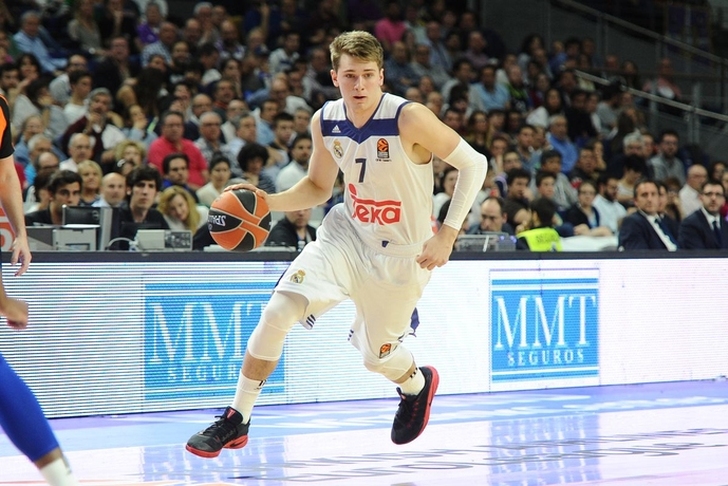 The NBA playoffs are in full swing with the conference finals fast approaching, but many teams have already turned their attention to the offseason - specifically, the NBA Draft. Teams are getting their first up-close looks at prospects with workouts ahead of the NBA Combine later in the week, and as such, rumors are starting to swirl about who teams are targeting. Here are the latest NBA Draft rumors you need to know:

Suns may pass on Luka Doncic?
The Phoenix Suns hired Utah Jazz assistant Igor Kokoskov as their next head coach, and given his past experience coaching Slovenia to the Eurobasket title last summer, many believe that experience has them targeting Slovenian national Luka Doncic in the draft.

However, that is not necessarily the case, according to Scott Bordow of AZCentral.com.

It’s been suggested that having Kokoskov on board means the Suns will bypass Arizona center Deandre Ayton if they get the No. 1 pick and take Doncic instead. That makes some sense in that Kokoskov knows Doncic, and Doncic would be a perfect fit alongside Booker for the wide-open offense Kokoskov wants to run.

McDonough, however, said that’s not necessarily the case.

“It’s an easy assumption to make, but we’re going to draft whoever we think the best player is,” McDonough said. “If we do get the Number 1 pick, Doncic will certainly be in that mix. But Ayton and a few other guys will, as well.”

Doncic is averaging 14.7 points, 5.1 rebounds, and 4.6 assists per game for Real Madrid this season.

Mo Bamba in race for No. 1 overall pick?
Doncic and Arizona big man Deandre Ayton are thought to be the two favorites to be the No. 1 overall pick in the draft, but Texas center Mo Bamba could enter that conversation, according to Michael Scotto of The Athletic.

Bamba, a Harlem native, boasts a 7-foot-9 wingspan and is considered the premier shot blocker in the year’s draft class. “I like Bamba a lot,” an Eastern Conference executive told The Athletic. “He’s one of the top picks for me. I would seriously look at him and DeAndre Ayton and see who has the bigger upside. I think his upside may be better than Ayton’s. He’s such an elite shot blocker. His skill level isn’t bad, and it’s getting better. He has a nice touch, and he’s going to get better. Ayton has a super body right now. Bamba needs to get stronger. But you can’t go wrong either way. Which one has the drive to be great? Ayton right now is the better overall player, but Bamba has an elite skill.”

Bamba, the best shot-blocker in the draft, averaged 12.9 points, 10.5 rebounds, and 3.7 blocks per game for the Longhorns during his freshman season.

Of the six prospects, Bates-Diop is the only player that is projected to be a first-round pick, showing that the Lakers have interest in him. Los Angeles currently has the No. 25 pick and No. 47 pick in the draft and need depth on the wing, something the Ohio State product would provide.

Bates-Diop, who won Big Ten Player of the Year, averaged 19.8 points and 8.7 rebounds per game as a junior for the Buckeyes last season.