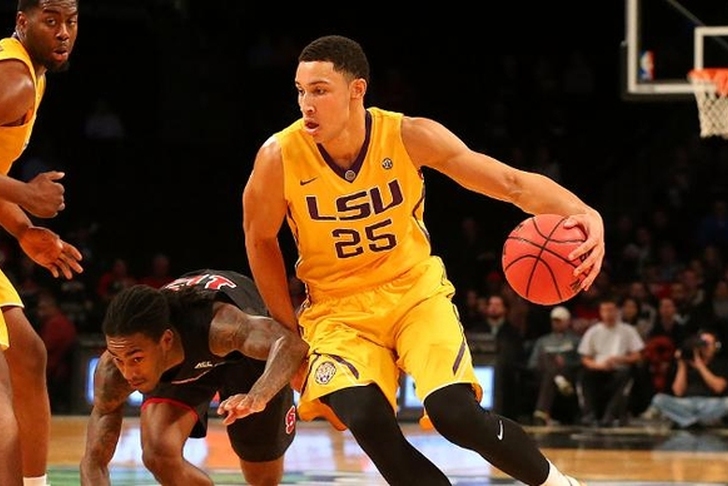 The 2016 NBA Draft is exactly one month away, and there are plenty of news and rumors swirling around the top prospects in the draft. We're also approaching a crucial deadline, as Wednesday is the last day early entrants can withdraw and return to school. Here's everything you need to know about the NBA Draft:

Sixers aren't worried about Simmons/Lakers rumors
Some reports have said that LSU's Ben Simmons, the projected No. 1 pick in the draft, was trying to work his way to the Lakers (who have the No. 2 pick) in order to maximize his shoe deal and play in Los Angeles instead of Philadelphia. However, Simmons is now denying that's the case, and 76ers general manager Bryan Colangelo says it's a non-issue.

Was told by a source close to Ben Simmons' camp, before the lottery, that they have no issue with the market in Philadelphia

BColangelo, on rumors of Ben Simmons trying to steer way to L.A.: "Some people like to poison the well."

Philadelphia is "strongly leaning" towards drafting Simmons with the top pick.

Not just a Simmons/Ingram debate for Philly
Even though the Sixers are expected to pick Simmons, and even though many think Duke's Brandon Ingram is the only other option for them, The Undefeated Marc J. Spears is reporting that Philadelphia will work out several other prospects in the coming weeks:

Celtics considering "seven or eight" prospects with No. 3 pick
Boston would love if either Simmons or Ingram fell to them with the No. 3 overall pick, but assuming that's not the case, head coach Brad Stevens says they're looking to seven or eight prospects to draft with that spot.

“You can’t control those things (like the lottery). I think the biggest thing is that there are good players in this draft. And I’m just starting to watch them more closely,” Stevens said. “(Celtics president) Danny (Ainge has) given me a list of seven or eight guys to really look at, and then obviously we have so many other guys coming in at other pick opportunities, and we’ll see everybody come through. It’ll be probably hard for a true sleeper to get by us. So it’s really a great opportunity with the number of picks we have, where we are with that pick in the draft. And there’s so much yet to be determined.”

Several prospects declare draft intentions
Here's the latest news involving prospects deciding to stay in the draft or withdraw ahead of Wednesday's deadline:

Rick Pitino told @CBSSports that he still expects Louisville's Chinanu Onuaku to remain in the 2016 NBA Draft. Deadline is Wednesday.

BREAKING: Providence's Ben Bentil told @CBSSports that he will remain in the 2016 NBA Draft. #pcbb

Kentucky’s Marcus Lee is still debating whether to return to college or remain in the NBA Draft, sources told ESPN. Could go either way.

Maryland’s Melo Trimble has his final workout today with the Hawks. Deadline for players to withdraw from NBA Draft is Wednesday.