NBA Draft Rumors: Latest On Lonzo Ball And Lakers, Kings Considering Trading Up And 76ers Could Move Down 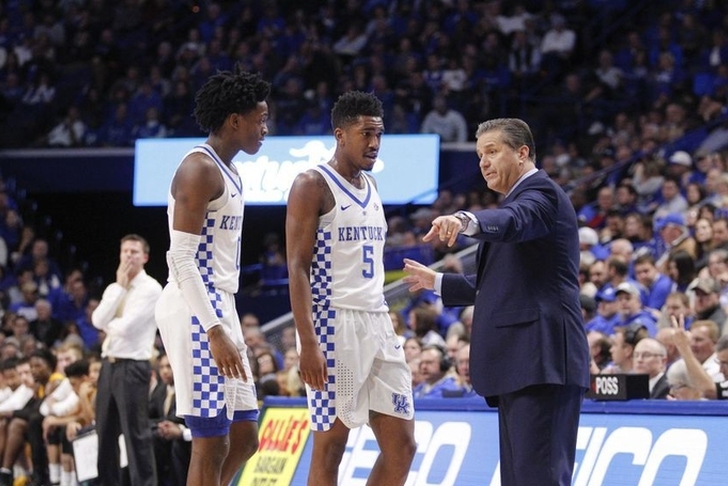 The 2017 NBA Draft is now just a few short weeks away on June 22 and the rumors are starting flow. Sure, the NBA Finals are still going on, but for the other 28 teams in the NBA, the focus is on the NBA Draft and offseason. Here are all the latest NBA Draft Rumors you need to know:

Kings Want To Trade Up?
The Sacramento Kings have the No. 5 and No. 10 picks in this year's NBA Draft and they could attempt to package them to move up and secure Kentucky point guard De'Aaron Fox.

"There's talk inside the organization about combining picks Nos. 5 and 10 to move up in the draft to secure Fox," Chad Ford writes for ESPN Insider (subscription required). "If they found a taker, that would be a high price to pay to move up two to three spots."

Fox is well regarded in this year's draft class and there's a good chance he doesn't fall to the Kings at No. 5. Moving up would allow them to land their point guard of the future, though as Ford writes, it's a steep price. There's also one prime trade partner: the 76ers

"I think that should we move or if there's a transaction that comes out that gives us a chance to perhaps increase what impact No. 3 can have in terms of its return, I think we will look at it," Colangelo said. "There's some discussions that have been fairly interesting."

The Kings are an obvious partner, with the trade making sense for both sides. The top players on the board for the 76ers, in some order, are likely to be Josh Jackson and De'Aaron Fox. But neither are a great fit for the current 76ers roster, especially compared to someone like Malik Monk. Trading down, getting extra assets (likely a pick or two) and landing Monk might be the best route for the 76ers.

Lakers And Lonzo Ball Latest
There was a report earlier this week that the Lakers weren't sold on taking Lonzo Ball at No. 2 and that they woudn't pick him if the draft was today. However, others are disputing that claim. Here's what Chad Ford writes for ESPN Insider, saying Ball is the favorite, but not a lock.

"The Lakers are going out of their way to stifle talk that Ball to L.A. is a done deal," Ford writes. "Partially it's about controlling the narrative and their draft destiny, but it's also around some genuine disagreements in the front office about who's the best pick for the Lakers' future.. Fox and Jackson have a real shot at going No. 2. Ball is the favorite, but he's far from a lock."

Mean while Adam Zagoria of Zagsblog and the New York Times, was told by several NBA executives that they don't by the previously mentioned report.

The expectation here is that Ball will be the pick by the Lakers, even if it's not yet set in stone.