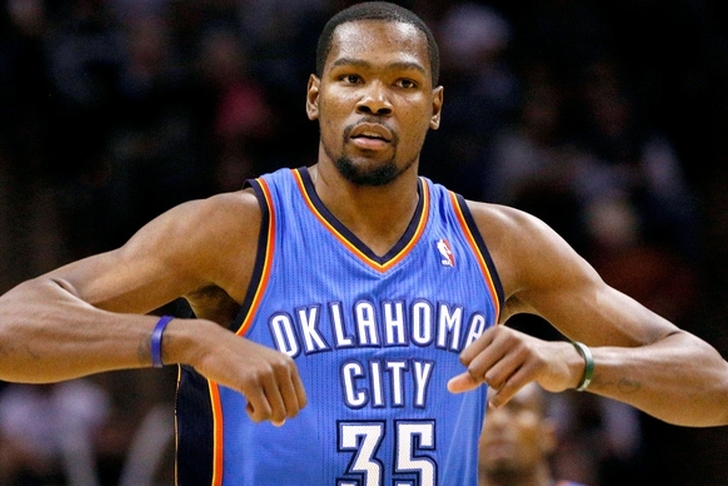 Eight NBA games were on the schedule for a loaded Saturday of action yesterday. The Milwaukee Bucks defeated the Charlotte Hornets behind 24 points from Khris Middleton. The Philadelphia 76ers surprisingly cruised to a win over the Portland Trail Blazers, and the Utah Jazz did the same against the Los Angeles Lakers. The Boston Celtics narrowly defeated the Washington Wizards and the Sacramento Kings held on against the Los Angeles Clippers. The Memphis Grizzlies and Atlanta Hawks also won.

The biggest upset of the day was the Detroit Pistons beating the Golden State Warriors 113-95. Stephen Curry had 38 points, but Draymond Green posted just five. Six Pistons had double-figures, led by 20 from both Reggie Jackson and Kentavious Caldwell-Pope.

There are five games on today's schedule, so let's get to the previews.

Miami Heat (23-17) @ Oklahoma City Thunder (29-12) - 7 p.m. ET
One of the better games Sunday, the Heat close their six-game road trip against the Thunder. They'll be without guards Dwayne Wade and Goran Dragic.

Indiana Pacers (22-18) @ Denver Nuggets (15-25) - 8 p.m. ET
Denver is in the midst of an eight-game homestand that includes a win over the Warriors. The Pacers have lost two straight and are without C Ian Mahinmi, PG George Hill and SG Rodney Stuckey.

Here are the latest news and rumors around the league:
- Grizzlies' forward Matt Barnes was fined $35,000 for his comments condoning violence.
- The Chicago Bulls likely won't have Joakim Noah the rest of the season. He'll need surgery on his separated shoulder.
- Dwight Howard is questionable for tonight with an oblique injury.
- Kevin Durant said that he doesn't hate the media.