NBA Daily: Warriors Look To Bounce Back From Loss, Harden Leads Rockets To Win Over Raptors 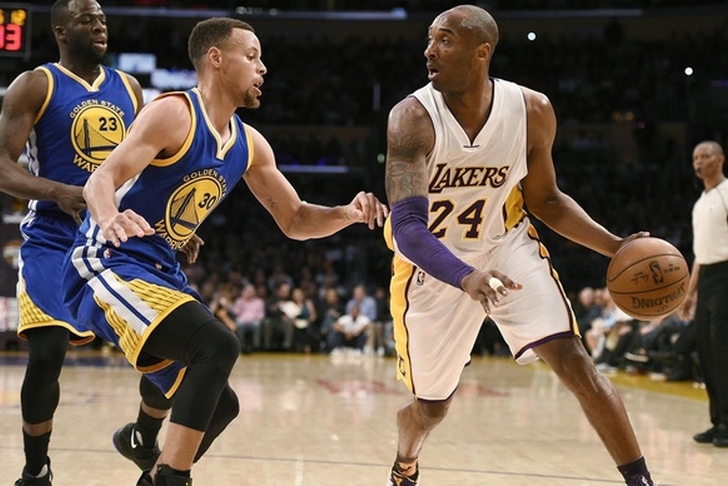 The NBA schedule was filled with seven games on Sunday, but none of them were as surprising or shocking as the Los Angeles Lakers' shocking 112-95 upset victory over the Golden State Warriors. It was the first time in NBA history that a team with a sub-.200 winning percentage beat a team with a winning percentage over .900. Golden State dropped to 55-6 with the loss.

However, it wasn't the only big game of the day. The Houston Rockets snapped the Toronto Raptors' 12-game home winning streak, beating them 113-107 behind All-Star guard James Harden's 40 points and 14 assists.

The NBA continues with seven more games today, so let's preview tonight's contests from across the Association.

What's On Tap:
Minnesota Timberwolves (20-43) @ Charlotte Hornets (33-28) - 7:00 p.m. ET
Charlotte has been surging over the last month and a half, posting a 14-5 record since Jan. 22. They have a chance to win their fourth straight game tonight against a Timberwolves team that is 6-7 over their last 13 games.

Memphis Grizzlies (37-25) @ Cleveland Cavaliers (44-17) - 7:00 p.m. ET, NBATV
Cleveland comes into this game on a three-game win streak, while Memphis is trying to rebound after losin gto the lowly Phoenix Suns in their last outing.

San Antonio Spurs (53-9) @ Indiana Pacers (33-30) - 7:00 p.m. ET
The Spurs are looking for their seventh straight road win and ninth straight victory overall tonight against the Pacers, who have won two of their last three games.

Milwaukee Bucks (26-37) @ Chicago Bulls (31-30) - 8:00 p.m. ET
A rematch of last year's first-round playoff series, Chicago is looking to maintain the No. 8 spot in the Eastern Conference with a win over a Bucks team that has lost four of their last six games.

Los Angeles Clippers (40-21) @ Dallas Mavericks (33-30) - 8:30 p.m. ET
This game starts a three-game homestand for the Mavs, who are looking to avoid a three-game losing streak. As for the Clippers, they want to avoid losing back-to-back games for the first time since the calendar flipped to 2016.

Orlando Magic (27-34) @ Golden State Warriors (55-6) - 10:30 p.m. ET
Golden State has won 44 straight games at home, and they want to get back on track after losing to the Lakers yesterday afternoon. Orlando has lost four of their last six games.

News And Notes:
Why Damian Lillard Is An MVP Candidate